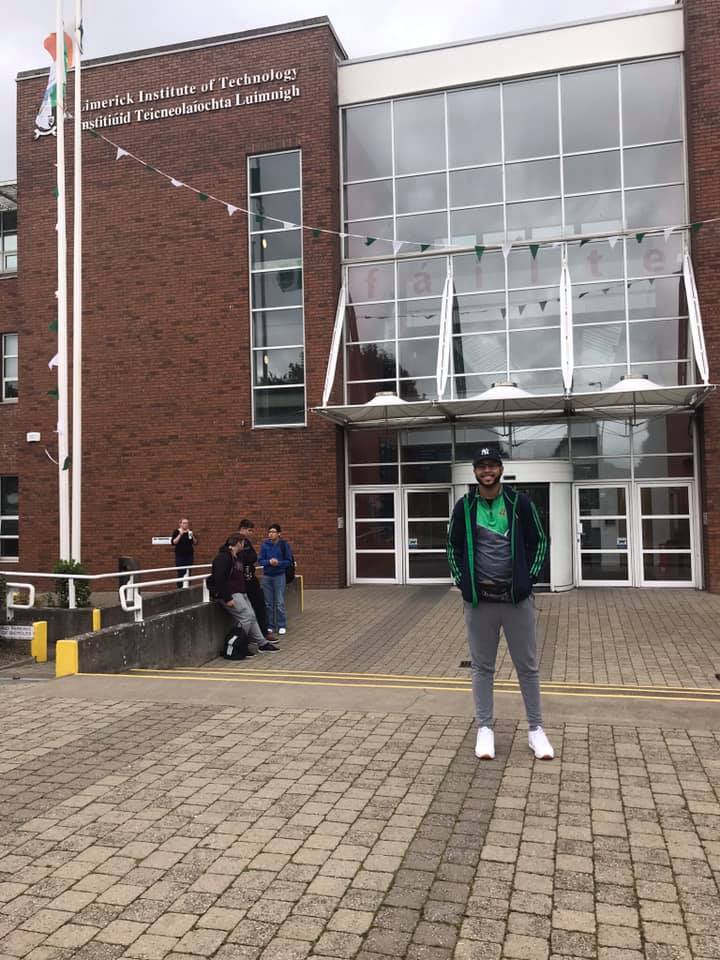 Going to graduate school was never a thought to me. Like who in the world would want to go back to school after completing college. I only saw “those” type of people in movies and tv. With the value of college degrees lessening in the eyes of employers I knew while finishing up college in order to have an advantage over others in the work force I was going to have to get this degree that I thought was unattainable.

I started to do some research on who in the world has a masters degree, specifically hispanic people. The percentage of hispanic people with a masters degree is only… 4%. I literally laughed out loud like, wow this is wack. Then I thought to myself, “only 4% of hispanics in the world really have a masters degree? If I can be a part of that percentage that would for sure separate me from the competition.” Now I was motivated to be a part of what I thought to be an “elite” group of individuals. I started to research appropriate schools that had something I was interested in and gave me the best opportunity to succeed. I wanted something close to home and at night so I could get started on my career.

I was getting anxious awaiting a response from Sport Changes Life to find out if I was selected as a Victory Scholar. I finally got the response I wanted. I was going to Ireland to pursue my masters and play basketball. It was so surreal reading that email. Not only was I going to be traveling overseas for the first time, but I was also going to make my way into the “4%”. I was going to do what I thought was unattainable and only seen on tv. Excited was not the word for the moment I received the news… PROUD was. After graduation I had dinner with my family and there I was going to tell them that I got in (only my mom knew). So as dinner began my mom made a cheers congratulating me on graduating college, when she was done it was my turn. I stood up and explained the journey I was going to go on in the next few months. (Side note, my great grandma only speaks Spanish so sentence by sentence my grandma had to translate for her to understand.) Anyway, I continued to talk about what Sport Changes Life is, their mission and how I was going to be a part of that. I started to notice my grandma tear as I said I would be away from home for 9 months… at this moment she stopped translating and starting shouting “what do you mean?!” “why do you have to go over there to do that?” I was laughing so hard because as the rest of my family was trying to listen to what I was actually saying all they heard was my grandma freaking out. Anyway I finished up my speech and thanked each one of my family members for pushing me to be great. I then opened up for questions… I felt as if I was at a press conference.

As I was answering questions my mom began translating for my great grandma because my grandma was still in shock about the announcement. My great grandma didn’t fully understand the opportunity that was granted to me. So my mom told her again… slowly. At which my grandma interrupted (I think jokingly) and said “he ain’t going”. I laughed, but this next moment also brought me to tears. My mom in a calm voice in front of my whole family said, “Listen I don’t want Andrew to go, you don’t want Andrew to go, but that’s selfish of us. As parents we always want our children to do better than us. So if Andrew was given this opportunity to do good, even if it is all the way in Ireland then I support him and I am proud to be his mother as you should be proud to be his grandmother. MANNNNNNN listen I’m an emotional guy at times, but that had me going. The sense of pride I had that day being the only man and person to complete college in my family and go on to graduate school had me overwhelmed with emotions. Looking at the three women who raised me and for them seeing their “hard work” paying off in front of them was a proud moment!

Whenever I get overwhelmed with school work over here I just begin to think of why I started. I started to be a part of the “4%”, but why I will finish is simply to make those three women proud.