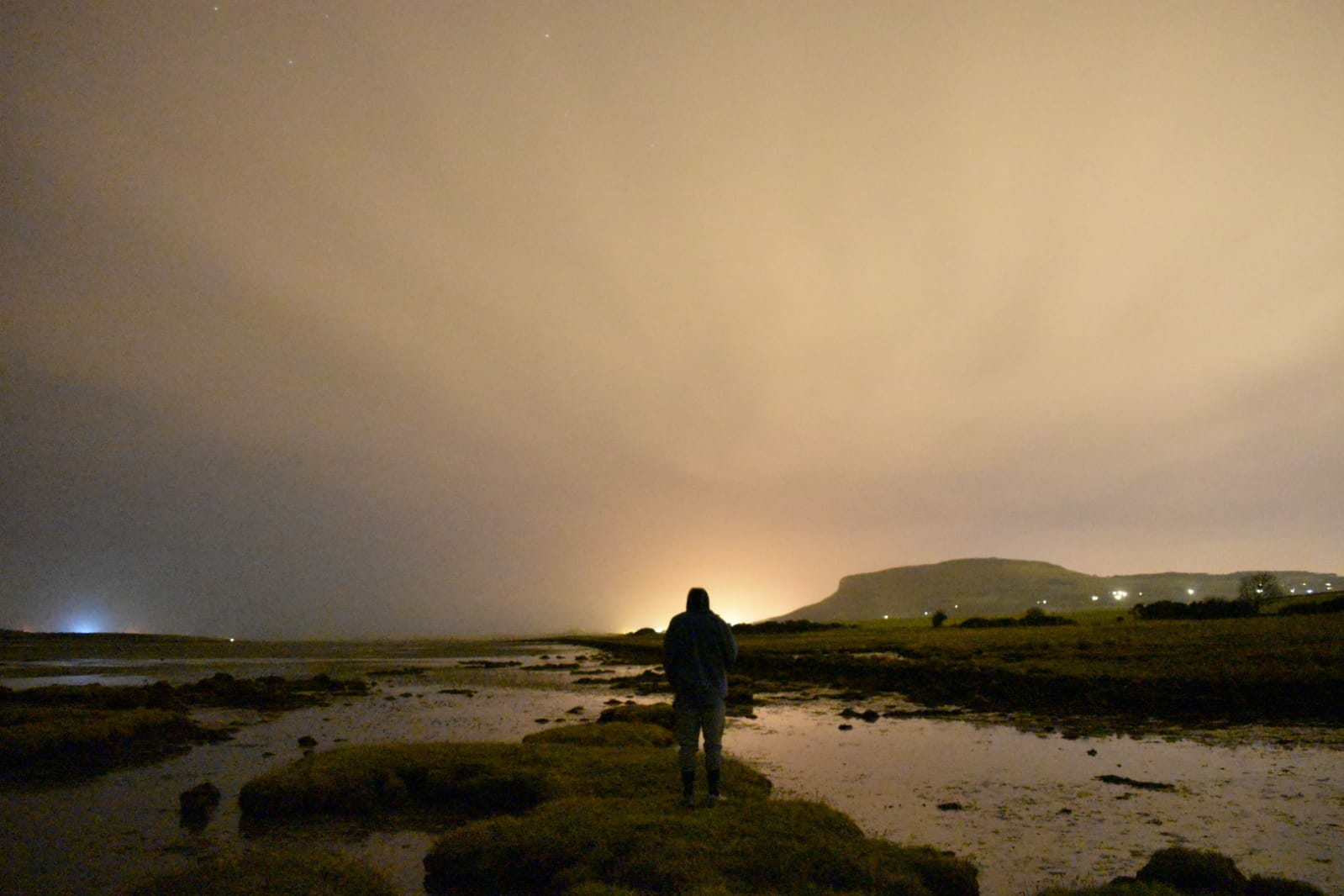 Sligo is an outdoorsman’s paradise. What it lacks in population and “city” life, it makes up for in mountains, stunning coastline, and endless opportunity for exploring the countryside. It also happens to be one of the only places in Ireland where you can see the Aurora Borealis, also known as the Northern Lights. Caused by dust particles from the sun that enter the earth’s atmosphere and become energized, witnessing this phenomenon has been on my bucket list since I was a little kid.

Our club’s photographer, Jordan Cummins, is a Sligo native who closely tracks the Northern Lights and takes advantage of any possible opportunity to capture them on camera. Photography is just one of Jordan’s passions and he also helps Connor and I coach the U16 boys team when we have to miss games due to other commitments. I expressed my desire to see the Lights to Jordan when I first got to Sligo and he promised to take us with him next time he went hunting for this natural beauty.

I say “hunting” because seeing the Aurora in Sligo requires a good bit of luck. Not only do you need to have high activity from the Northern Lights (in order for it to descend down to Ireland’s latitude), but there needs to be no moon and few clouds in the sky, the latter a rarity in northwest Ireland. This past Sunday we got a text from Jordan at 10 PM – the conditions were set for a proper viewing and he would pick us up in 10 minutes! Giddy with excitement Connor and I grabbed our cameras, threw on a jacket, hat, and gloves and drove with Jordan down to a spot near the coast only accessible at low tide but where no light pollution interfered with the night sky.

When we got there Jordan set up his equipment and taught us how to take night pictures on our DSLRs, an incredibly cool feature that I look forward to using in the future. Over the next hour we had tons of fun taking different pictures and learning other night photography techniques including light painting with a headlamp.

Even though the Aurora was up above it was behind clouds and we didn’t get to catch a glimpse. It made me realize really how much needs to align for the Lights to be visible in Sligo, and left me hoping or another opportunity later in the year. Lights or not we had a blast exploring the tide pools, learning about night photography, and spending time with Jordan. It was so thoughtful of him to think of us, one of countless examples of how the kindness and compassion within the Sligo All-Stars club has made my transition to Ireland quite enjoyable

If you want to check out Jordan’s work as a professional photographer, check out this link!

Hopefully I’ll be writing about a successful Aurora viewing in the near future.

(The picture above, taken in pitch black, shows me standing next to the shadow of Knocknarea mountain, illuminated by the lights of Strandhill beach town in the distance. The streaks of clouds above are blocking the Northern Lights, but in a few pictures we captured you could see the green color peaking through in certain areas)