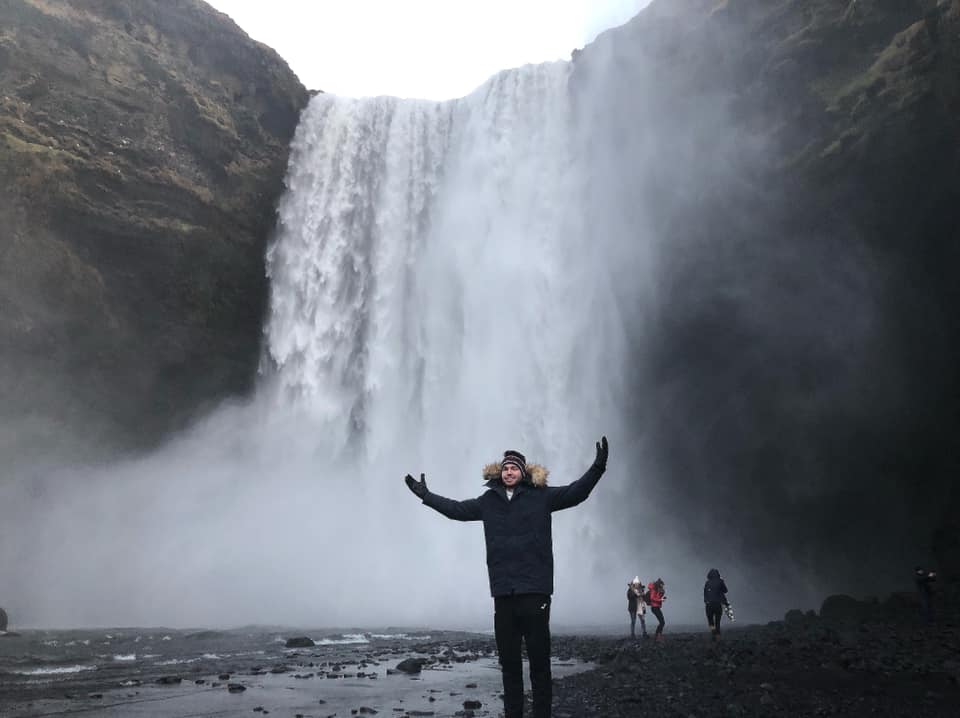 They say travel is the only thing you pay for that makes you richer.

I’ll admit, while being in Ireland for a full academic year is a blessing in itself, I’d be lying if I didn’t get envious of my study abroad roommates traveling to foreign countries on a weekly basis while I stayed behind living vicariously through Instagram updates. However, winter recess and a timely off-weekend for the Hula Hoop President’s Cup semi-finals provided the ideal opportunity to take advantage of Ireland’s conveniently accessible air routes to neighboring European nations. RyanAir was an experience in itself (seriously, don’t be surprised if a flight attendant asks you to help push the plane off the runway). In all, I found each trip to provide its own unique feel: partially through each location’s distinct culture, and partially through how I travelled: solo, with SCL family, and lastly, with some of my closest friends from my hometown and alma mater.

Here are some suggestions and highlighted experiences from my travels thus far!

Whether observing it from aerial, street-level, or underground vantage point, Old Town Edinburgh is a must-see destination. Walk along the cobblestone streets and gothic-styled highrises of the Royal Mile to revert into an era of Reformation. Tour Edinburgh Castle and Holyrood Palace to better perceive the influences of the political regime on Scotland’s historical and modern day development. Make the climb to Arthur’s Seat on the outskirts of town for panoramic views of the city old and new. Delve into the morbid past of the city by exploring the haunted underground Blair Street Vaults and catacombs, reliving the disturbing realities of witch hunting, plague, and body snatching that consumed the city in its earliest years . . . Plus, for my fellow Harry Potter fans, see where JK Rowling drew inspiration for Hogwarts, Diagon Alley, and several notable character names, including Tom Riddles.

From Edinburgh, I trekked through the highlands to experience its vast landscape of greenery and mountain ranges. I stopped in Glencoe Valley to take in the views of ‘Bidean nam Bian’ and ‘the Three Sisters’ before heading further up north to survey Loch Ness in search of that mystified beauty, Nessie. Lastly, I channelled my inner braveheart and walked along the battlefield at Culloden in remembrance of the casualties lost during the final efforts of the Jacobites Rising and Charles Edward Stuart to regain the British throne.

I’m a bit of an architecture geek, and even though most of the city’s infrastructure was rebuilt post-World War II, Old Town Munich was beautiful nonetheless. From the Marienplatz to Old Town Hall and the Theatine Church, the buildings had such a commanding presence unlike anything I’ve come across back in the States. Christmas morning Mass in the german language was unique, though not to be outdone by dinner and card games at the infamous Hofbrauhaus beer hall, one of Germany’s seven largest beer venders and location of Hitler’s first address to the National Socialist party in 1920.

We took a two-hour train into the German Alps to visit Neuschwanstein Castle, which is something straight out of a postcard. It’s easy to see why the late King Ludwig’s fairytale castle has since served as inspiration for Walt Disney’s Cinderella’s Castle. Nestled in the mountainside overlooking the small town of Schowenshau, Bavaria, snowfall across the landscape made for the feeling of a winter wonderland, and best of all, a white Christmas.

While exploring this new region was great, it was the being in such great company that I valued the most during my time here. Being in a foreign place away from our families for the first time on Christmas made it difficult no doubt, but sharing this experience with six other amazing people made it beyond worthwhile.

Iceland: Reykjavik, Vik, the Snaefellsnes Peninsula, and the Golden Circle

For as long as I can remember, Iceland has been the top priority on my bucket list of travel destinations. And, as much as I built up expectations preceding the trip, the unique, vastly uninhabited landscape still left me speechless. From the Scogoff, Sjordunless, and Gullfoss waterfalls to the black sand beaches in Vik to climbing glaciers atop an active volcano in Solheimajokull and standing in limbo between the Eurasian-North American tectonic plate boundaries in Pingvellir, the small nation of 350,000 residences was an important reminder of the beauty of nature and the need for its preservation. The country is entirely operated on harnessed energy from geothermal sources, which made our trip to a remote hot springs mid-snow storm a completely common practice amongst the locals. While I was severely disappointed to miss out on seeing the Northern Lights, especially after sitting outside for several hours, it provides me with a perfect excuse to return to the land of fire and ice again in the future.