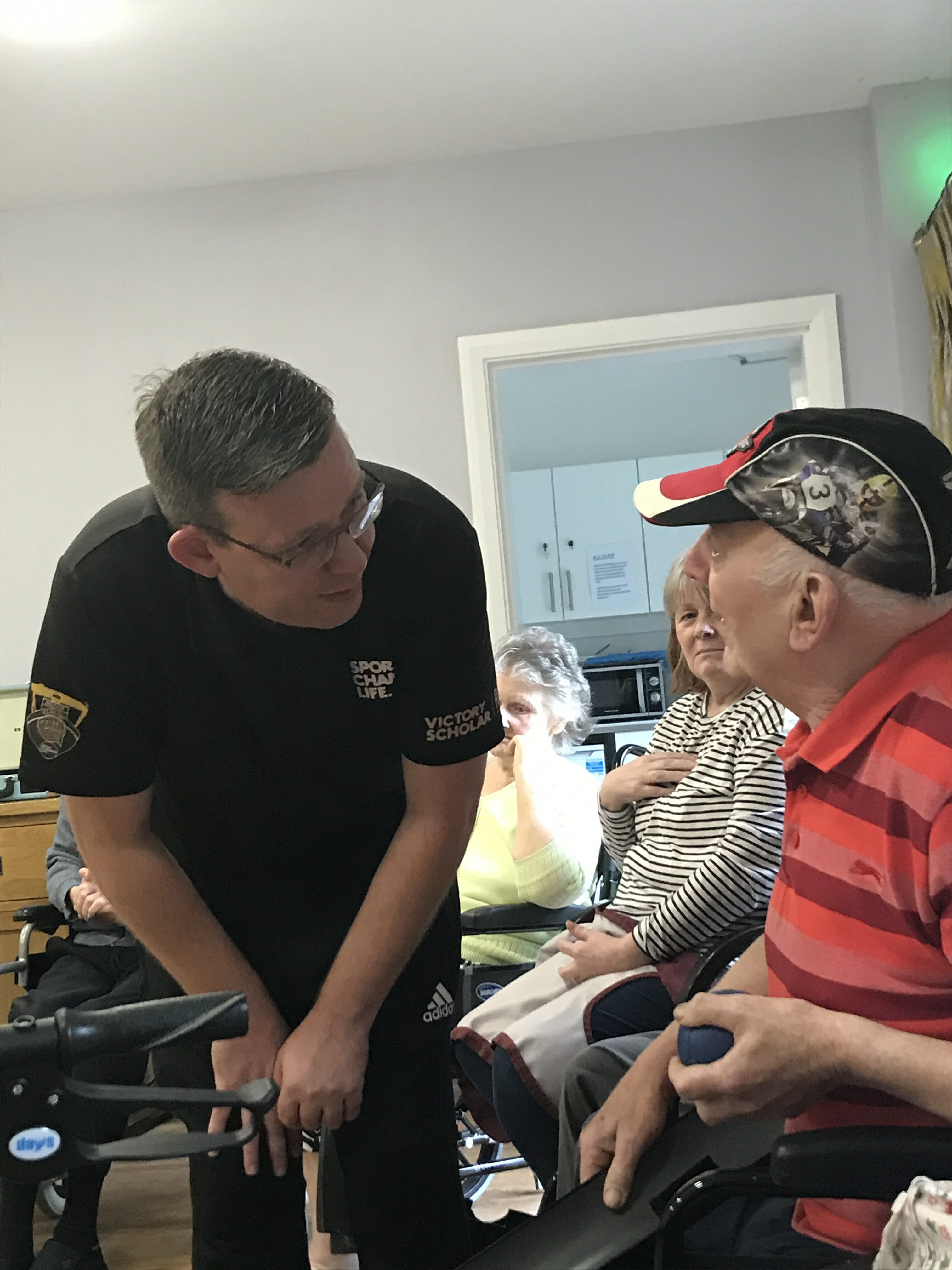 The Sport Changes Life Foundation has developed a reputation around the globe for positively impacting the lives of young kids across the island of Ireland. But, it is equally important to recognize how much the organization does for people in every phase of life. Don’t get me wrong- working with kids is a massive part of the Victory Scholarship Program, and the main reason I decided to apply. As an aspiring coach, I have a passion for introducing kids to the game of basketball and teaching them a few life lessons along the way. But when I arrived in Belfast, I quickly realized the diverse impact our program makes on a daily basis. One day you are getting torched in soccer (football) by a group of talented 9 year olds, the next you are losing 11-0 in FIFA to a member of the Blackmountain man’s club, and finally you make your way to a local nursing home for some Boccia. Although I have been truly touched by everyone I’ve had the pleasure of working with, one person in particular, a Boccia master named Sammy, sticks out in my mind.

In 2000, my grandfather was diagnosed with Alzheimer’s disease. I was four at the time and did not totally understand the significance of the diagnosis. As I grew older, my grandpa’s illness only became worse. When I reached my teens, grandpa Riopel struggled to remember much and communicate with family members. But, as Grandpa’s memory faded, his Ping-Pong skills never left him. I cherished every visit to grandpa’s house, as I knew an epic table tennis dual was inevitable. In a way, Ping Pong seemed to help Grandpa become himself again. With each game, he would become more alert, energetic, and talkative. I remember watching my dad play my grandfather around Christmas time. Instead of following the ball during each rally, I would first look at my Grandpa’s face. It was so cool to see the intense focus he had as the ball came towards him, desperate to win each point and prove he’s still the boss around the house. After a signature powerful grandpa slam, there would always be a bit of trash talk and a large smile. Then, I would look over at my dads face. There was always a giant look of admiration that overcame him as he hit the ball back and forth with my grandpa. Ping Pong, such a simple, silly thing, served as the catalyst for the father-son-grandson connection that will never leave me.

Sammy is one of the regulars at the weekly Boccia events. Within the first few sessions, it became immediately clear that his health had deteriorated over the last few years. Initially, he has difficulty understanding the game and aiming the ball on his own. But like my grandfather, he seems to regain his focus and energy throughout each session. Last week, Sammy hit the game winning shot and did it in style- getting a perfect score of 100!! Something I have never been able to do. As he realized he had won, that same huge smile my grandfather would always have overcame Sammy’s face. I started to tear up thinking about grandpa and how much happiness a simple game like Boccia brought him even on the worst of days. That smile is what makes our Boccia sessions so worth it. I can’t wait for next weeks dual with Sammy, I have a feeling he might go back to back! 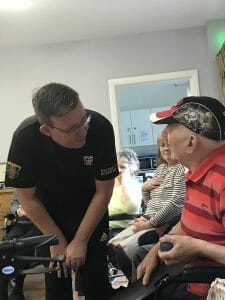 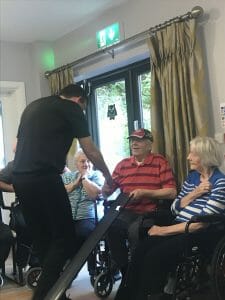