You Win Some And You Learn From The Others 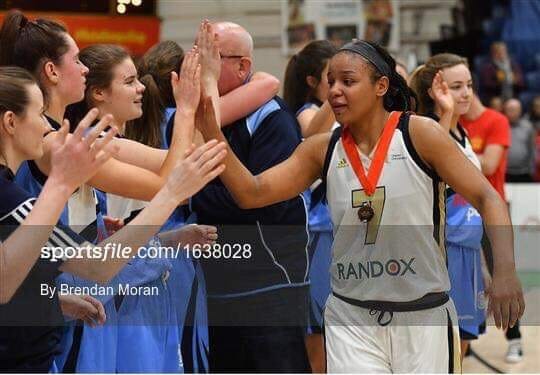 All my athletic career I’ve dreamed of the chance to play in a big championship game. I imagined the crowd split down the middle, one side cheering me on and the other heckling me. Like every kid who plays the game, my dream always ended with me sinking the winning bucket in a nail-biter of a game. I always pictured myself raising the championship trophy with tears of joy in my eyes and surrounded by my teammates. Sadly like with every dream, eventually you have to wake up.

My actual career wasn’t as picture perfect as my dream. Don’t get me wrong it wasn’t bad at all. I’ve played on great teams and individually had very successful career. I played in a few little championships in my day. Some won and (as young Kollyns would say) some lost. Yet, I’ve never won a big champion. I’ve never won a high school state title or a college conference championship. I’ve always come close but fell just short. It happened so many times that started to obsess. I would apply to much pressure on myself before the big game. I would end up under performing and sulking in my room for days after the loss. Little did I know I would get another chance across the sea.

When coming to Ireland, I promised my family and friends that I would just try to enjoy the game and have fun. Basketball has always held a special place in my heart. However with that special place, it has also brought me great heartache. So my mission was to do my job and not get hurt. That changed once I played my first game with the ulster elks. Once I saw the talent I had the privilege of playing with, I knew I couldn’t just sit back and play it safe. I had another chance at my dream. We just clicked as a team, winning game after game. We hit a few setbacks but with only two losses we were confident coming into cup championships.

Cup championship weekend was everything I imagined. Numerous fans cheering on their respective teams. Teams fighting to the bitter end. Some walking away with tears of joy and other with tears of frustration. A younger me would have been a mess. I would have distanced myself from my team and try my best to zone out all distractions. This ultimately resulted in me overthinking and stressing myself out further. For some reason, I didn’t do that this time. It was like I found peace from be surrounding by them. Their energy and excitement kept me leveled. When the ball finally went up, it was like a blur.The game was a battle to the end and every possession mattered. We fought hard as a team but in the end we came up just short.

I’m not gonna lie, I was devastated. I changed my mindset, I didn’t overthink and yet we still fell short. It was just like all the other times and I was ready to just sulk in my room for days. Or so I thought, that was until Deirdre Brennan (also our assistant coach) decided that wasn’t going to cut it. She texted jenna and I to watch the film back from the game. Originally, I thought that was just crazy. We just played, I needed my time to cope! But Deirdre wouldn’t allow it. So we walked over to the Maguire household, was served a great dinner and sat down to watch 2 hours of torture. Yet, instead of sinking further and further into misery, it gave me hope. We watched error after error and I almost wanted to bang my head against the wall because of all the stupid mistakes we made. But it also showed moments of great team chemistry and potential. After watching the film, I was excited and ready to play again. It’s crazy, if Deirdre didn’t pull me out of my room I would have missed an amazing opportunity. An opportunity to learn that there really is no losses, but rather opportunities to learn.