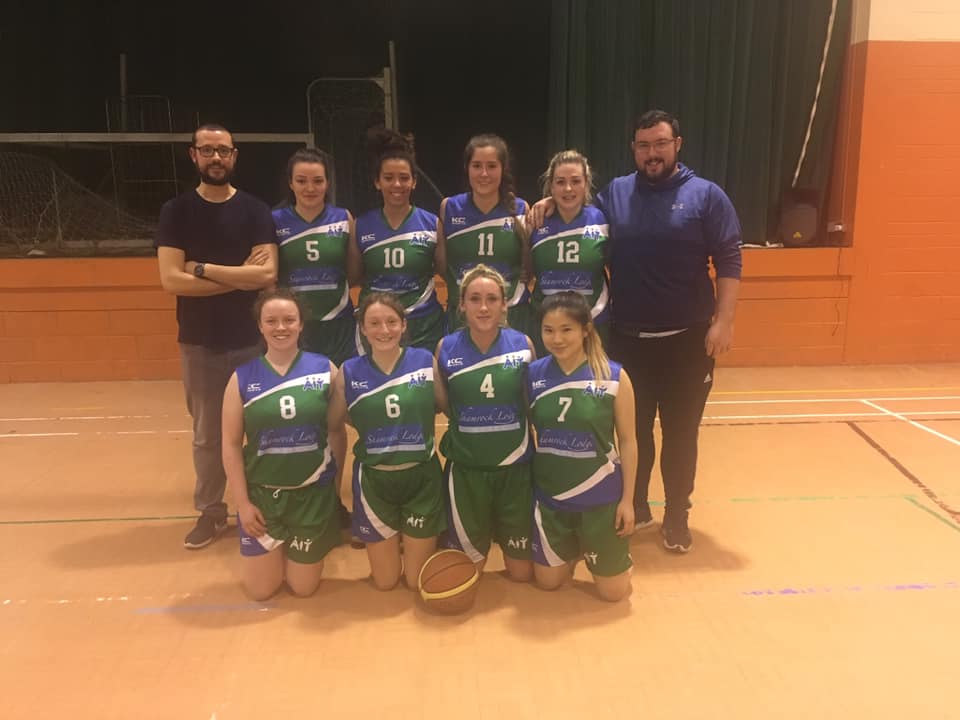 The college season here is far shorter then what I have been used to in the past four years of my life.  We had 6 games, SIX GAMES, we had to play to try to make it to Varsities.  We went 2 and 4 and that simply was not good enough.  So on Feb 27th I played my last game with my lovely teammates at AIT.  And we had our best game we played the whole season! This game will be so memorable to me for many reasons.

The girls I have been playing with here at AIT are some of the funniest, hard working, and just all around great girls.  They have all gone out of their way to make sure we do not get lost in all the basketball we are doing and they make sure we are having fun!  We had a pretty small team and a lot of the girls also played other sports so there could be days that we only had 4 girls a practice.  But all these girls did not play basketball as their first sport, they were all amazing athletes in other sports! So we knew attendance could be dotty at times but when it came to game time everyone was locked in.  I am so honored to be able to play with these girls because like I mentioned before they were just amazing athletes and their want and need to be great while playing basketball even though it was not a sport they were used to was truly inspiring.

Our coach is someone who has played in the town of Athlone almost his whole life.  He also was on the mens senior team for AIT’s Basketball Club!  When we got here he did not even know he had scholars coming!  So he was taken by surprise and really just took us under his wing and went out of his way to make sure we were always taken care of!  He would always check up on injuries and make sure that the athletic training staff knew if we had little aches or pains.  So huge thank you to him for making this time so much fun!

Overall, the fact that we were able to all come together for our last game and end the season with a win was just amazing!  It was so much fun coming in twice a week to practice with such amazing people and it was even more fun playing on the court with them! This will forever be apart of my fondest memories!