To the Future Athlone Scholars 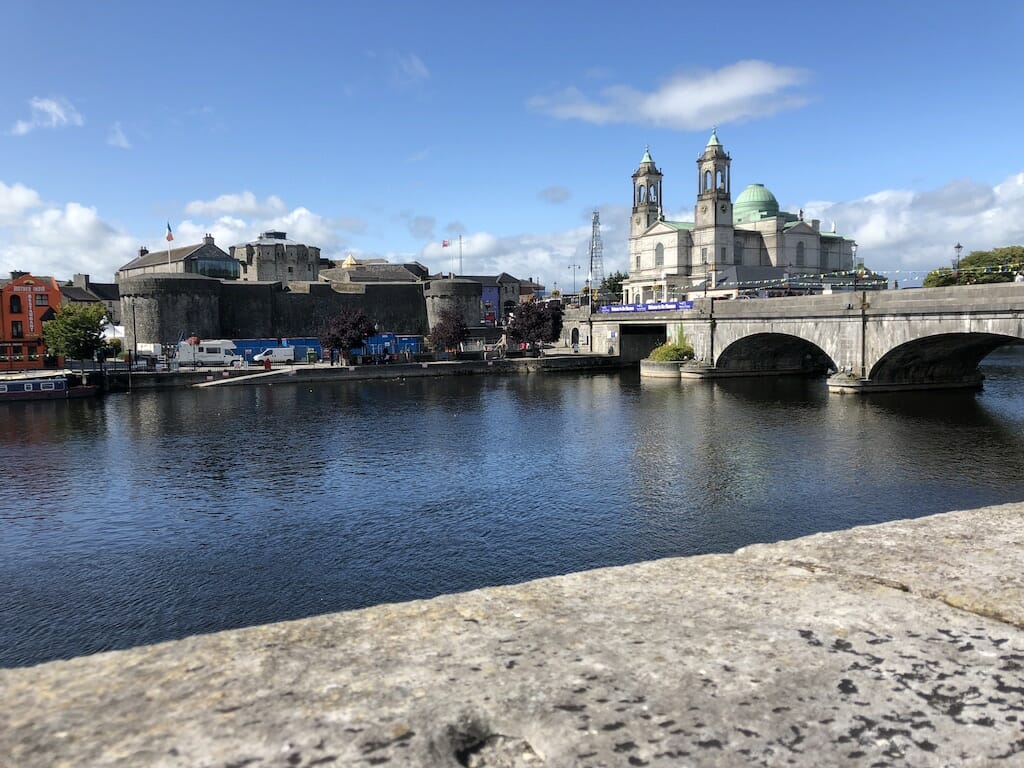 When I was first told I was going to be going to Athlone, I was honestly a little nervous. Marisa and I were the first two scholars to be placed here and no one could really tell us much about where we were going. Whenever I was asked where I was going to be living I was met with a lot of “I’ve never even heard of Athlone, where is it?”’s and “Really? Why are you going there?”’. Imagine my concerns when no one could tell me a thing about where I was going to be spending the next 10 months of my life. I’m hoping to ease your concerns and answer some of your questions by telling you a bit about my life here.

Let’s start with the town itself. Athlone is a pretty small town located right in the middle of Ireland. This has been very convenient as it’s not too hard to get around. There is a train and bus station that will take you directly to Galway or Dublin for about 10 Euro, with easy transfers to other places if you want to go explore. The town has some great little shops and restaurants, a castle and the oldest pub in Ireland, Sean’s Bar. It’s also beautifully located right on the Shannon River. It’s a fun little place to explore on a good day and some of things you find might surprise you.

Within Athlone, there are two major shopping centers which will have almost anything you need. The Athlone Town Center has mostly clothing stores, craft stores and (our favorite) a Starbucks. This has been huge for us because it’s one of the only places you can get an iced coffee around here. Golden Island Shopping Center is down the street and has stores like Penney’s, Boots Pharmacy, Costa Coffee, Tesco and more clothing stores. Marisa and I do most of our grocery shopping at Tesco. It’s a little bit more expensive than stores like Aldi and Lidl but we’ve found the selection at Tesco to be a lot better. Penney’s is also our go to store for affordable clothes and room decorations. It’s similar to Primark and Forever 21 and has almost anything you could need in those departments. Both of the shopping centers aren’t far from Richie’s house; about a 20 minute walk or so. If it is raining, it’s not hard to call a taxi on the MyTaxi app.

AIT itself is a pretty nice campus. It’s mainly one connected building but classes are located in all different parts of it. I am currently in the Higher Diploma for Business program and it’s been pretty straightforward. I do have a pretty busy class schedule, with 19 hours a week last semester and 17 hours this semester. Also to note, finals are weighted a lot heavier than both Marisa and I were used to in undergrad. It’s very common to have one assignment worth 20% of your grade mid semester with a final that’s worth 80% at the end. My advice to you is use the past exam resources on the library page come finals time because they post multiple years of past exams to give you a feel of what yours may look like. You will also be known as “The Americans” by a surprisingly large amount of people. There’s no way around it. Hopefully we’ve taken the brunt of this for you, but I doubt that’s going to be the case.

Basketball is definitely a different game here. It is way more aggressive than most basketball we’ve been apart of. Our team in Tullamore is young, but their hearts are huge with passion to match. Be patient with them, work with them and you will find success. They work so hard, and I know it’s not the same basketball you’re used to playing, but match their efforts and raise them higher. Have fun with it! AIT basketball was tough for us this year. It was really hard to get more than 4 people at training after our first couple games. That being said, the team was really fun to play with and we’ve made some great friends through it. Unlike most places in Ireland, you will have student athletic trainers here. They are students so they haven’t learning every thing you may need help with, but they absolutely saved me this year and I can’t thank them enough (or apologize enough for being such a problem). I’m also hoping by the time you guys get here they’ve gotten wood floors for the gym!

Saving the best for last, the people in Athlone have been absolutely wonderful. Mike, Christine, Richie, Paddy and their families have been so amazingly helpful during our time here. I cannot stress it enough how much they have made Athlone and Tullamore feel like home. Every single one of them are there to help us if we need it and have taught us so much. Listen to them, ask questions, be kind. This has been our most solid foundation and I don’t know what my time here would look like without them.

Well, that’s my overview of Athlone. If there’s anything I’ve missed or something I learn along the way I’ll definitely add it to this blog or put it in another. I hope Athlone is as good to you as it’s been for me. If you have any questions at all before or during your time please don’t hesitate to reach out to me on social media! Good luck and take every day in, it goes by way too fast.