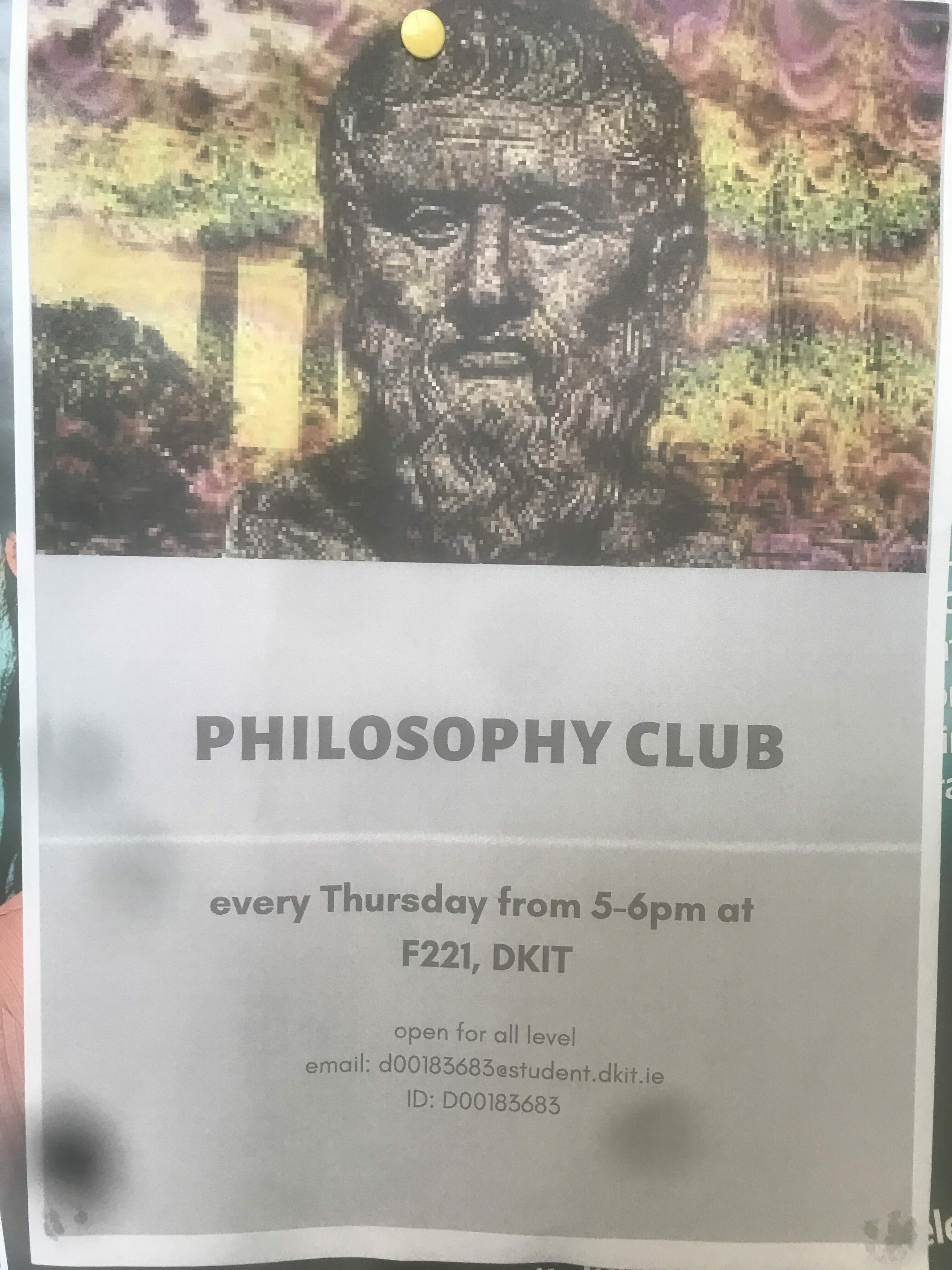 Back in December, I stumbled across the DKIT student-run clubs fair. I was there to help out the basketball team by talking to incoming students and their parents about any questions they may have about the team. When my shift was done. I looked around the gym one last time just to check out some of the clubs DKIT had to offer. The only one to catch my eye was the Philosophy club. Back in my freshmen year of college, I took a philosophy course that opened my mind and changed the way I view the world. It was by far my favorite course. So I signed up for the Philosophy Club. I knew I had a busy schedule and wouldn’t be able to make every class but I thought popping in on one or two wouldn’t hurt.

So about a month later, I finally found some time to pop in on my first philosophy club meeting. We met in a room with a big round table and chairs around it. Perfect for a discussion. There was only 5 people there, but as the meeting went on, I noticed not once did I want to look at my phone nor did anyone else. I was completely submerged in my own imagination and the imaginations of the other people in the room. The time flew by and before I knew it, the hour was up. I knew I would be returning. Since then, I’ve been to about 8 meetings. We talk about everything from the future of civilization to conspiracy theories. It’s a place where people can come share their opinions about the world and not worry about being judged. Instead most people are trying to get a better understanding of why you think that way.

About two months ago, the club leader was too busy to attend our weekly session and reached out to me to run it. At first, I was a little hesitant but in the end I approached the idea with optimism. It turned out to be one of our larger sessions as 9 people showed up. I really enjoyed monitoring the session. It showed me that running a philosophy club was something that I’m interested in doing moving forward. There’s something I enjoy about hearing new ideas from different people. So, one day expect me to send you an invitation to my philosophy club.