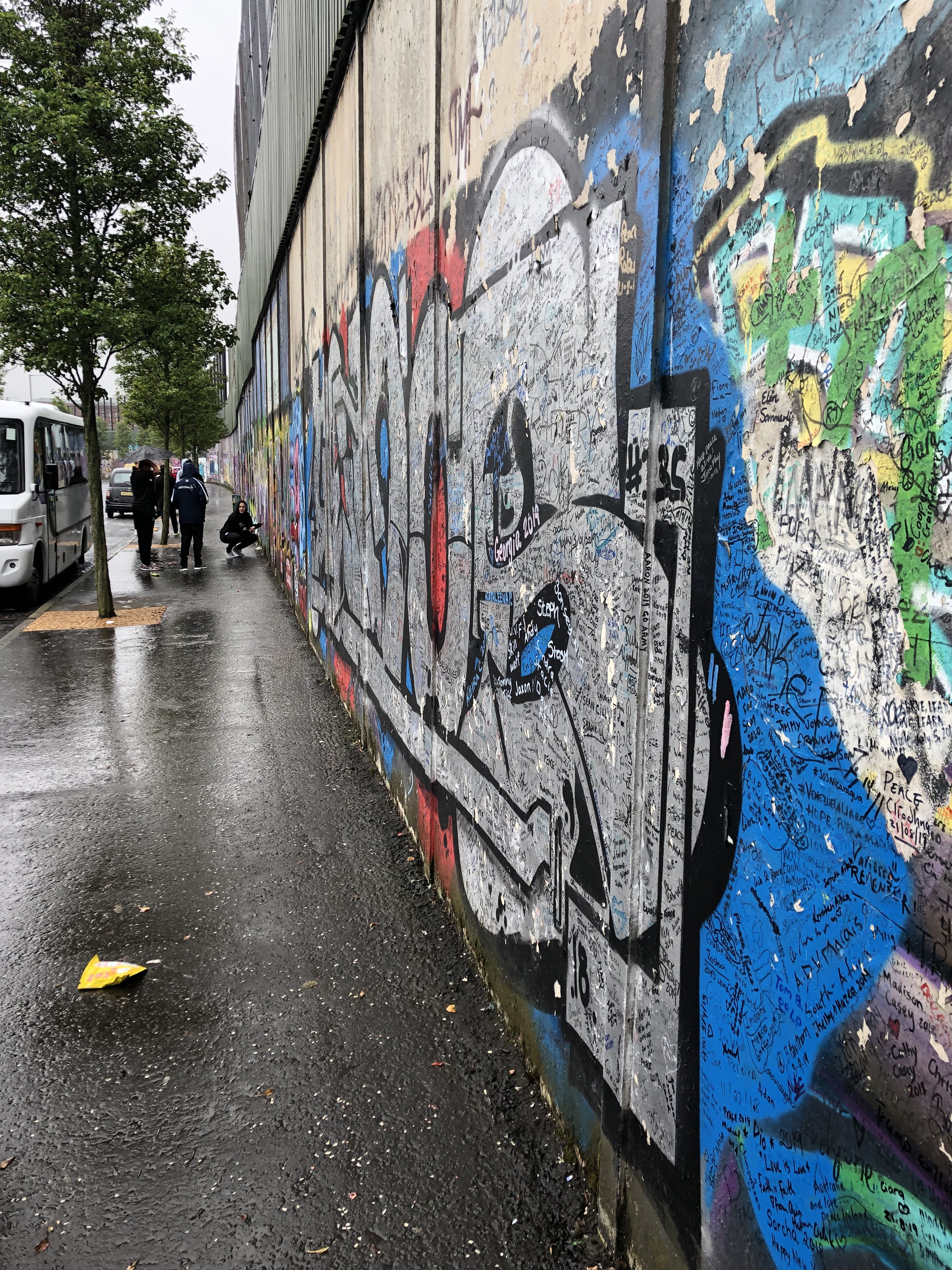 We finally made it! After about 30 hours of traveling from Pittsburgh to New York then finally to Dublin, we have officially been at Ulster University, in Belfast, for a little over a day. Although the first day felt super long, most of the scholars came over on the same flight, so it was exciting to meet up with them and start this crazy journey together.

After many hours of sitting in one of the middle seats on the plane, I couldn’t have been more excited when we finally touched down in Dublin. Sam and Rachel welcomed us at the airport and brought us over to Ulster University where we met the other members of the Sport Changes Life Foundation. After breakfast and a little down time we got right into it. We had our first ehoops session that evening with a football team (or soccer team as we would call is back in the states) of about 8 girls who played for the Carmoney Club. While they were with us, we played some basketball games and then of course they embarrassed us when we tried to play football with them.. look at that, the lingo is already catching on! It was so cool to talk with them about their lives over here, all while they wanted to know so much about our lives back in the states as well!

I’m writing this on our second day here and today we went to the Peace Wall where we got our headshots and other pictures done. On the way to The Wall, one of the staff members, Foxy, gave us a history lesson about the area and explained why The Wall was there. It was nice chance for us to get out and look around the Belfast area to see what’s around The University.

So far, it has been a great first two days meeting everyone from my fellow Victory Scholars to the staff that made all of this possible. Everyone has been so nice and welcoming and has made me so excited for everything to come!