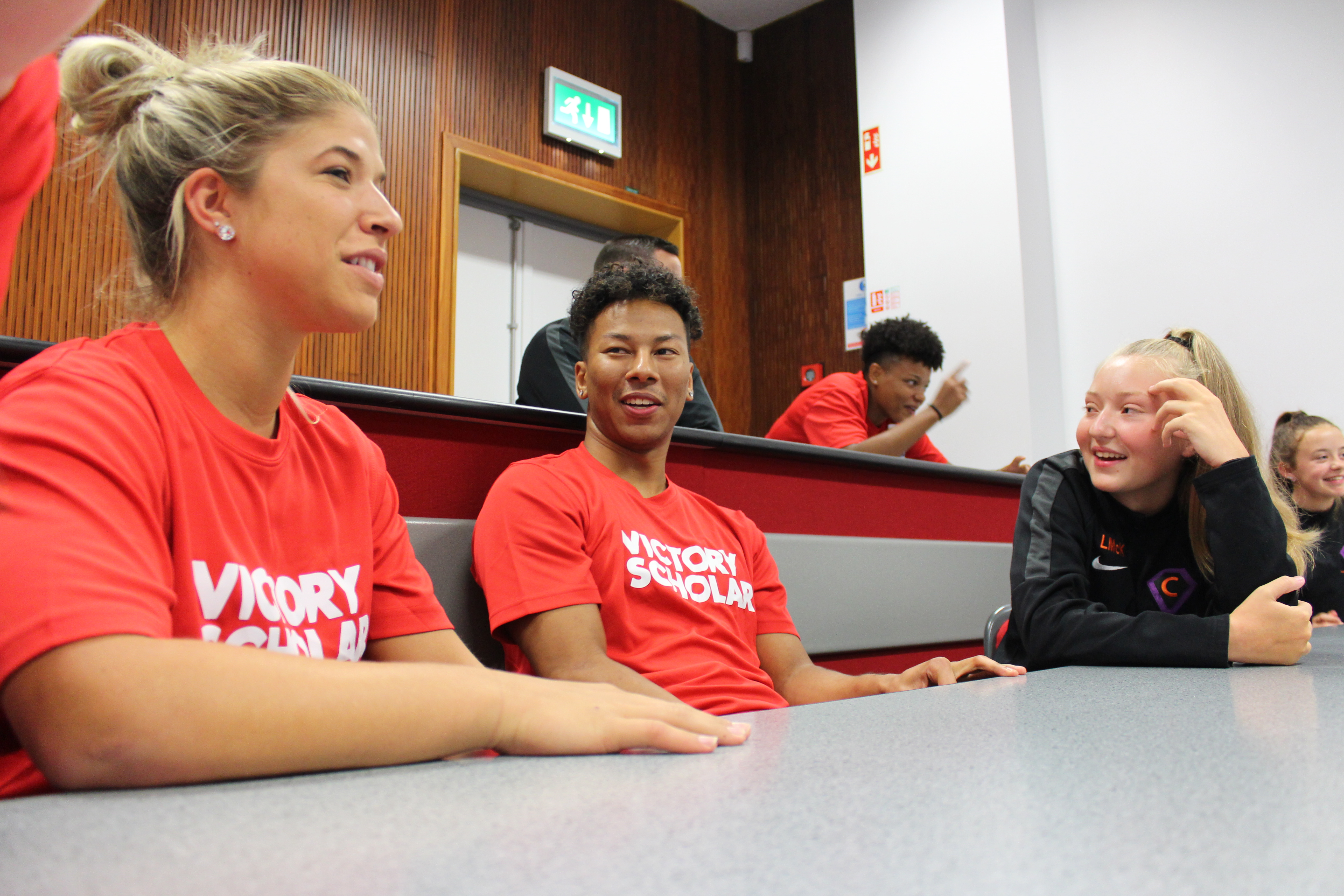 August 20th was a day that changed my life for the better. I boarded two flights, one from DC to New York and the second to Dublin.  Naturally, I was feeling loads of mixed emotions…nerves, excitement, curiosity just to name a few.  After rushing through JFK just to get to the gate on time and stressing about my departure, my nerves instantly went away when I met the other scholars. We clicked instantly, sharing our own stories about our airport experiences while sharing laughs and introducing ourselves.  Shortly after, we boarded the 6 hour flight to embark on the beginning of our next ten months in Ireland. Who would’ve thought that sports would bring this group of strangers together to raise the aspirations of young people all across the island of Ireland. After touching down at Dublin International Airport at 4:30 in the morning, we were greeted and bussed to Ulster University in Belfast, Northern Island where we will be training and living for the next ten days. It’s been great “craic” (Irish slang for fun) getting to know the other Victory Scholars and sharing about our backgrounds.

During orientation, we all fought off fatigue as we grinded through the first day of greetings and working our first E-Hoops session with the Carnmoney ladies soccer team who ran circles around us in indoor footy. It was amazing seeing the smiles on their faces when they interacted with us and the fun that we all shared playing team building games. We met some amazing young women who are not only extremely skilled at their sport but fun loving and outgoing. With our mission to raise the aspirations of young people across the island of Ireland it was important to learn the history of the communities.