Allow Me to Reintroduce Ourselves 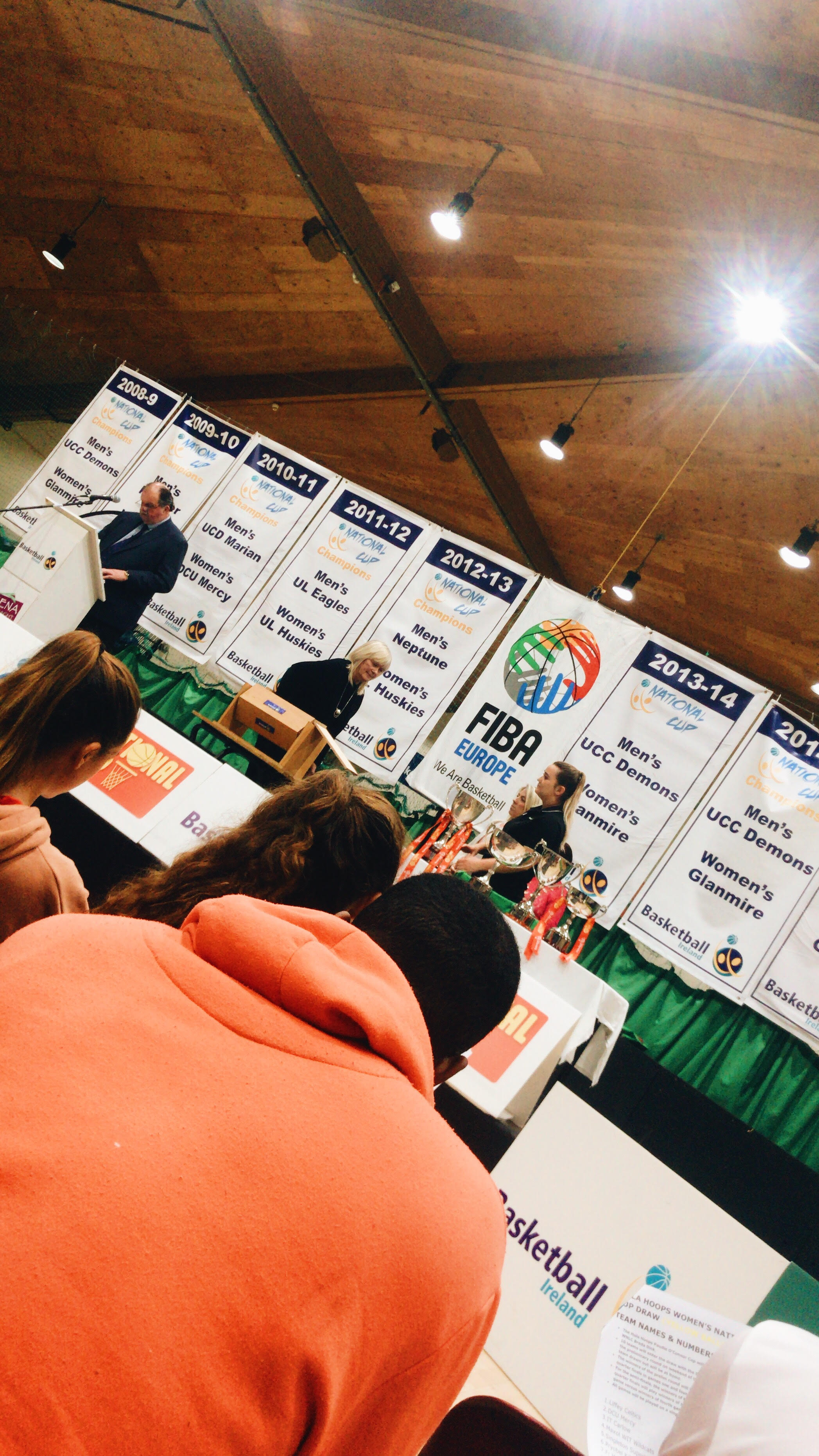 Now that I have settled into my new home for the next nine months, I want to talk a little bit about basketball throughout Ireland. As I walked into Neptune Stadium, I quickly learned that Cork has historically been the center of Irish basketball. Predominantly from the 1980s, various championship banners hang from the rafters of the gymnasium, which was considered “the Golden Age of Irish Basketball.” Before I left the gym that day, I was kindly gifted Hanging from the Rafters, a book by Kieran Shannon that dives deep into the history basketball in Cork during its glory days. Discovering the rich basketball tradition through Shannon’s book and through word of mouth has been an eye-opening experience thus far, as I was unaware of Cork’s relevance in the sport. Despite basketball falling off in popularity compared to its peak in the 80s, I am confident our newly assembled Neptune squad can bring the city back to its former glory.

After quite a few practices and preseason matches, the Superleague regular season was finally underway. The week began with a trip to the National Basketball Arena in Dublin for the National Cup draw. For those who are unaware of the Superleague’s format, let me briefly explain: In order to win the Superleague, you need to have the best overall record when the season concludes. In order to win the National Cup, you must be the last team standing in a twelve-team knockout tournament. While there is a lot of hype around the National Cup (it is nationally televised with strong advertisements), winning the Superleague is just as impressive (if not more). Our team was lucky enough to draw a bye in the first round of the tournament, which means our second-round game will be away. The Cup draw was also an awesome day to reconnect with other Victory Scholars that are now scattered throughout Ireland. It was great to hear that everyone is enjoying their new homes.

Following the trip to Dublin, it was time to get serious and focus for our home opener against Killorglin. Within the first minute of the game, our team jumped out to a strong start and never looked back. It was awesome to start the season 1-0 with solid contributions from many teammates. This weekend, we head north to Galway and face a tough Maree BC team. While it is still very early in the season, our team is confident and full of ambition. I think we have something special here.