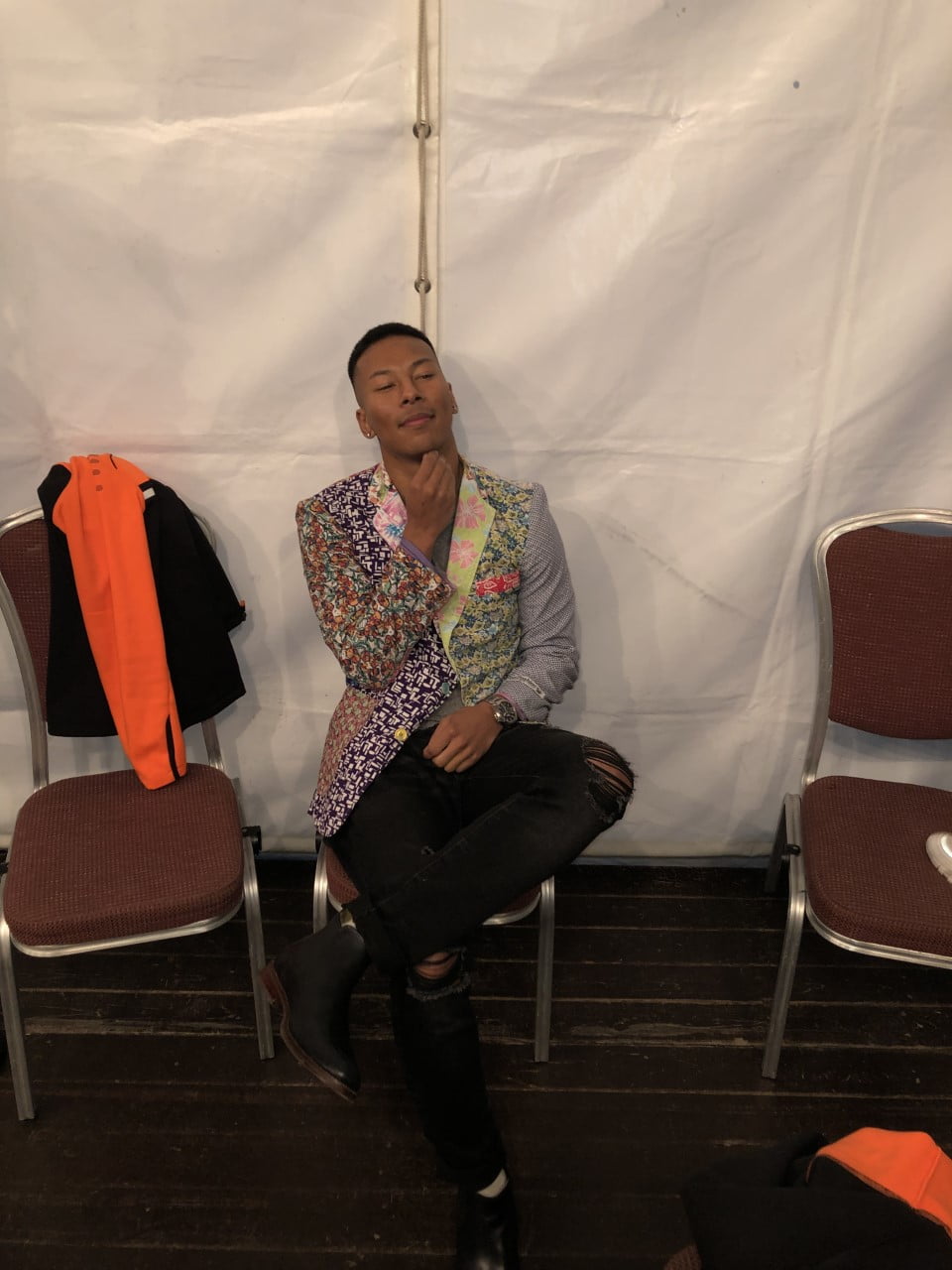 As a victory scholar, you know that you’re going to be apart of many awesome and new experiences.  However, I had no clue that I would contribute to a new Guinness World Record. Our record is the most models in a fashion show at 459 models. We beat the previous record of 408 and it was one heck of a night. We did the modelling show in partnership with EJ Menswear, the Sligo Rovers soccer team, Sligo cancer society and of course the Ej Sligo all stars basketball team. Can’t lie.. I was nervous walking across the stage. I didn’t think that there would be that many people and all I could think to myself was “please don’t trip going up or down these stairs..” The night started at the Raddison hotel where we registered and were escorted to our changing tent. In the tent we got to speak with other models who were going to be involved in the show, such as an inspirational team of breast cancer survivors who now compete as a rowing team around Ireland. How cool is that?!  Shortly after changing into our jerseys, we were taken out to the stage where we walked across and strutted our stuff in front of about 1,000 people. It was a rush to say the least. It’s safe to say that I don’t have any shot at a professional modelling career but it was a night to remember. One more thing that I can check off of my list of experiences in my year abroad!

Side note… don’t mind my colorful jacket.  My awesome teammate Emmet let me borrow it for some pictures.