Here’s to the Little Things 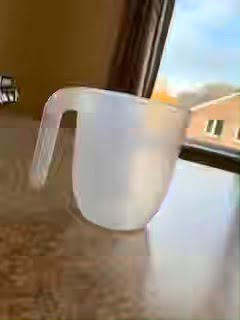 Throughout my first month living in Northern Ireland, a certain theme has often reoccurred over and over again. It is the little things that you take for granted at home. Little things such as having the right cooking utensils, or not having to make sure your health appliances can be used in the outlets. Even simple tasks that would be routine at home such as going to get a haircut, getting groceries, or many others become a little harder when you are in a foreign country. Perhaps the most prime example of this to share would be my first lifting experience here.

At home, lifting is an extremely accessible and routine task for me to perform, but over here, NOT QUITE. NOT IN A FOREIGN COUNTRY. As I arrived to the gym that day, I went through my normal warm-up, and got to the point where I was ready to begin my workout. As I walked over to the dumbbell rack, I quickly realized that this lift may become a little different. Mainly because the weights are not measured in pounds here, but instead, kilograms. Okay, so what? Pull out your phone and convert kg to pounds and be on your way. Awesome idea from the peanut gallery, but accessing the internet when you don’t have any reception/Wifi in the gym becomes pretty tough, some may say, impossible.

“Somewhat” lucky for me, out of the corner of my eye, I spotted a conversion chart.

After about 5 minutes staring at the chart, I was able to figure out that every stone is equal to 14 lbs. Because of this, I came to realize that through some supposedly easy math and utilization of the chart, I would be able to convert the weights I needed from lbs to kg. So from there on out, my main workout that day became walking back and forth to the conversion table and completing second grade multiplication tables. 14×11… 14×8… and so on. While at the time this was frustrating to say the least, it is definitely something that I won’t soon forget (just like the multiples of 14 that I re-learned that day).

So as you can see, through my first month here, I have realized that it isn’t the real big things that make you appreciate home, but rather, it’s the small things. It’s the tasks that you think would be routine and easy that end up being not so simple. It’s things such as going to get a haircut or going to lift. Things like having the right pan to use to cook or big bowl to eat out of (Sidebar: been using a big measuring cup for that… sorry Aunt Bea lol) However, I realize that those little things that have become slightly different and harder will be what I reminisce on and remember in 9 months when this experience of a lifetime comes to a close. So until then, here’s to all the little things!