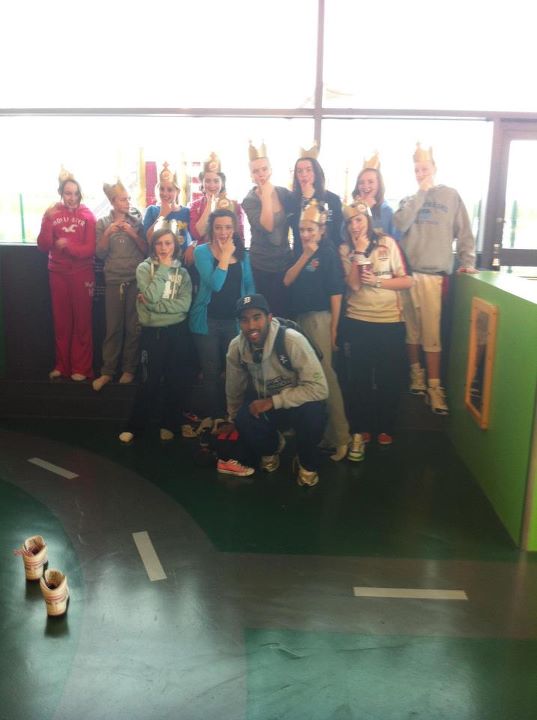 This past weekend went well with the team I’m coaching, the Junior Elks.  We made a trip down to Dublin yesterday to play against the ladies of the 14 and under team of Meteors Basketball Club.  This was our first scrimmage of the season and was a great barometer to see where we are at this point.  This opportunity also gave me a chance to see what we need to work on moving forward.  Although we did lose the scrimmage by a mere 6 points, the girls played together as a team and worked passionately while they were on the court.

Besides the game itself, the girls as well as myself enjoyed the 2 hour ride and being able to bond with one another.  I would have to say the highlight of the girls day was being able to play on the indoor playground at the service station where we gassed up and ate lunch.  They all headed straight to the play area even though they ALL surpassed the height limit.  Nonetheless, it was a great time and looking forward to the season ahead with the Junior Elks 14 and under team.

Just looking ahead, there is much to be excited about.  The team I will be playing for this year, the Ulster Elks, has been practicing very hard over the past two weeks.  We will get a test this upcoming weekend against the other clubs throughout the country that wil be participating in the ESPN tournament hosted in Belfast.  Also, I will be participating in Induction Week with my Masters program in which we are taking a trip to Portaferry as a bonding trip.

As you can see, things are starting to take off here and it’s an exciting time.  If you have not already, PLEASE follow the USNI facebook page by “Liking” it.  This will give you the chance to follow the progress of myself and the other scholars throughout the year.