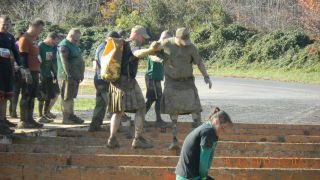 Hey everyone! What a week it was for me in Galway! I finally got to play! We won the game by 50 points and I played pretty well, despite a little foul trouble in the first half. As Will mentioned I had a pretty well rounded game getting some stats in several categories. What’s more important however, is that we played really well as a team and took care of business to advance to the next round of the National Cup. This coming Friday the pressure is going to be on Will as we play our crosstown rival, Maree. I can imagine it’s going to be an exciting, yet intense game.

This past week I was able to ref a few games, coach one game, coach at the Titans academy, and coach at St. Pat’s. A very basketball filled week which was great as the workload in school definitely lightened up a bit after last Monday’s big deadline. Now I just have one more essay to do and 3 finals for this semester. We get our timetable for the finals at 4pm today which will be good to know.

As far as the picture I posted, this past weekend while I was playing my first game in Ireland, my brother, 2 of my sisters, 2 of my cousins, and several other family friends all competed in what is known as the Tough Mudder. The Tough Mudder is about a 12 mile race up and down a mountain with approximately 32 obstacles. Obstacles include crawling through the mud under barbed wire, scaling really high walls, swimming through ice cold water, running through fire, and even running through a live electrical field. It is absolute insanity, which I was supposed to partake in as I signed up for it before I had the privilege of receiving the Victory Scholarship. The race is teamed up with the Wounded Warrior Project, that helps military service men and women who were injured in battle. This is a picture of my brother and his best friend Mark (Mark lost both of his legs in Iraq but still completed the race!) going through one of the obstacles. I think this picture is a fantastic image of inspiration and a great example of teamwork.
Wish us luck this Friday!
-Tim