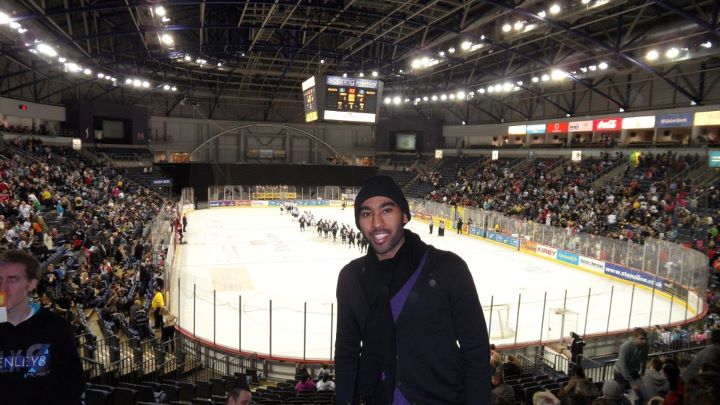 Another week here in Northern Ireland, with lots of things going on.  It’s crazy to think that we are in the second half of the semester already! Just as the saying goes… time flies when you’re having fun.  Our Premier League team has had 2 games since we last spoke.  One of those unfortunately being a loss.  While it was a tough loss, I think we can and have learned from that game.  Our latest game was a bounce back victory against Kilkeel, bringing our season record to 3-1.  We have another tough challenge ahead of us tomorrow against a rival team, Belfast Tropics.

Also experiencing some success is the Under 14 Junior Elks team that I coach.  Very deservingly so, they are undefeated in league play thus far.  The girls have made vast improvements in their skill development along with their understanding of the game which is great!  Seeing these players develop their game is very enjoyable as a coach.

Last night I attended my first ever ice hockey game! It was exciting, and even more so since two of the players on the Belfast Giants team are in my master’s course.  Being able to support them was great.  The environment was great with about 5,000 fans in attendance.  The only disappointment was that there weren’t any fights.  Isn’t that what ice hockey is all about?