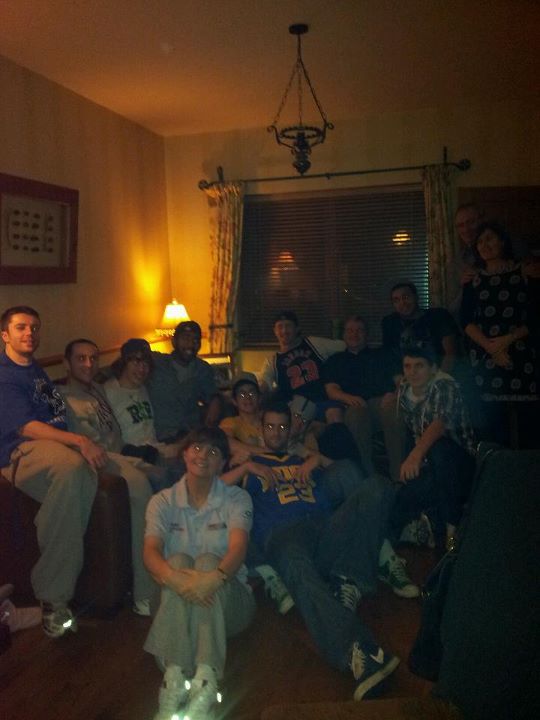 I know its been awhile since I lasted posted a note.  It’s crazy to know that its already December and the first semester is coming to an end quickly.  With lots of coursework and other obligations as a USNI scholar, it has been difficult finding time for posts!  Just to update you on how Thanksgiving was… it was an amazing time with great food.  The entire Premier League team showed up (not sure if was to support my American holiday or the food) anyways we had a good time.  Everyone came dressed as an “American”.  Although, I think it’s been a few years since some of them have been to America by what they were wearing.  I also got a surprise Skype call from my parents and girlfriend which was great.  Nonetheless, it was great time with great people.

Lately, I have been doing a lot of coaching.  Yesterday, I participated in two different coaching sessions.  The makeup of the basketball players I was coaching in each session was completely different.  First, I was coaching 9-11 year old boys in a local school.  All of these kids had never played basketball before.  I have now been with them for 10 weeks now, and I have seen massive improvements.  I have been trying to teach them basic skills such as passing, dribbling, and shooting.  Along with these fundamental skills, I also try to teach them the strategies of the game by playing 2v2 or 3v3.  This gives them a visual concept of how to play offense and defense.

The other group I coach on Monday is the Ulster Elks Junior team.  This is all girls between the ages of 8-16, with at least a basic understanding of the game.  Here with the girls, I try to focus on a lot of team drills rather than individual because we play in a local league.  These girls must know how to play 5v5 effectively together. It is sometimes difficult to coach this group because of the age and skill disparity.  This forces me to be creative with drills that will keep the focus of the most skillful ones, while not scaring off those ones who might be challenged by the drill.  This team has a game this weekend against Anderstown, a team that beat us earlier in the season.  The Elks girls have made huge improvements since then and we’re excited for the rematch.