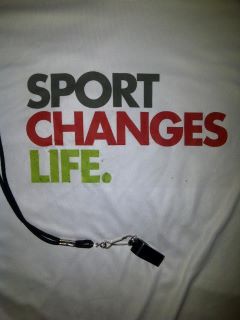 Themes of the week; problem solving and people management. I went to the National School twice this week to coach my 5th year and 6th year groups. Over the last month we’ve spent a lot of time focusing on the fundamentals of basketball, paying attention to details and listening to the coach and teachers when they’re giving instructions. Things weren’t much different this week, except that this time, I had them organize their own teams prior to starting the drills. I told my 5th year group that they had to make 4 teams with even numbers and that one person in each team had to get a ball. I stood back and watched things develop. After a minute or so, I had 6 teams, 2 of which had 2 balls and 1 team that had at least twice as many players as I had initially said!

I asked ‘Shona’ to step out of line, stand next to me and describe what she saw in front of her. As she stood next to me, her face turned red with embarrassment. I asked her to go back in line and try to solve the problem her classmates were currently facing.
After she stepped back with her classmates, ‘Shona’ took control of the situation. Appointed another girl as the co-leader of the group and evenly divided up the groups in just a few seconds. It was something to see! The girls took the time to solve the problem and made sure they wouldn’t waste anymore of their session by responding very quickly to my challenge!

Saturday’s Academy ran smoothly. We spent half the session working on shooting and the other half working on footwork and game situations. The routine shooting sessions are instilling great habits in these kids. Their shooting forms have become so much better it’s great to see. Some have even started to incorporate their new techniques in game situations. I truly believe that within the end of the season, they’re shooting percentage will have increased by at least 10%!

Hope everyone has a great weekend!
Talk to you again next week!