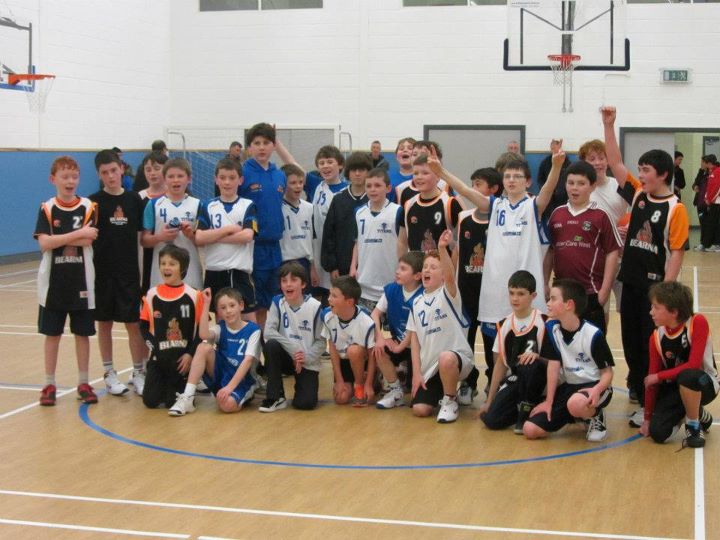 What’s up everybody??
It was an extremely eventful week here in Galway. Let me start with last Saturday’s Titans National League game against undefeated Ballon. Ballon beat us pretty handily the previous Sunday, but we had a hard, intense week of training to prepare for Saturday’s rematch. We were down 15 at half but really stepped up the defensive pressure in the second half to tie the game with about 20 seconds left. With just a few seconds left I was pressuring the point guard as one of our other players came from behind stole the ball, went down and laid it in to put us up by 2 with 1.5 seconds left! The gym was absolute mayhem as they missed their last shot attempt and we handed them their first loss of the season.

A similar incident happened last night with one of the teams that I coach, my Titans under 12 boys team. The boys had a game against Bearna, and this was their first game in the new year, since winning their first game of the season back in December before Christmas. In the first half we had so many opportunities but kept missing lay ups which would come back to haunt us in the second as we were trailing by a few baskets. However, at halftime, I took one of my players aside and told him that he needs to focus when he’s taking his layups and that they won’t automatically go in. Sure enough, late in the game we’re down by 1, and that same player gets a steal with about 5 seconds left, dribbles the length of the court in the midst of pressure from 2 opposing players and makes a lay up as the buzzer sounds to give the Titans the win! After the game I was able to use that as an example and teach him how important it was to make lay ups, concentrate, and focus on what he was doing. After the game both teams got together for a photo, as we try to stress the importance of sportsmanship.

Other than those two exciting games, I had several coaching sessions between St. Pat’s, the Titans under 16 girls team, and the Titans under 18 boys team. The boys at St. Pat’s were great this week and are really showing some serious improvement (some of which showed in last night’s game as some of my under 12’s go to St. Pat’s). The U-16 girls team found a way to get me awfully frustrated at our training session this past week. They make such big leaps some weeks, but other weeks want to joke and mess around and not give 100% in the drills. So the challenge lies in making them try their hardest, but keeping it fun for them. After having them run a few sprints for throwing the basketballs all over the gym and missing lay ups, I eventually start making a few jokes and then proceed to explain how vital it is for them to pay attention during drills and try their hardest because that’s the only way they’ll be successful. They did start to listen and when they followed directions, they were making lay ups and plays left and right. I exclaimed “IT’S MAGIC. IT MUST BE MAGIC!” They began laughing but also were able to realize the potential they had which is what we were going for.

All in all a great week yet again in Galway. Classes are going well for the most part, with international corporate finance proving to be quite the challenge. However, we have a 1 hour tutorial each week in addition to the regular class time which has been extremely beneficial thus far in helping me understand what we’re doing. I’ll talk to you guys next week! Be well.