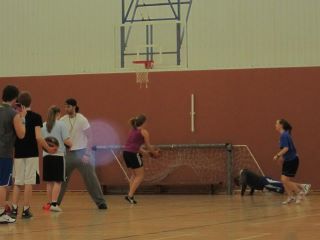 Hope everyone is doing well this week! I was back in school on Monday getting my ‘corporate finance-on’. We’re learning about multinational capital structuring right now. It sounds difficult, but isn’t too bad. Hopefully I’ll continue getting a hang of it as the semester progresses. The rest of the week at NUIG was very similar to the previous weeks. I did have an Economics assignment due on Wednesday and a rough draft due for the international business report I mentioned a few weeks back.

Working with people from different countries and time zones has become a lot easier over the last month. It may be because I’m just getting used to working with them or I ended up getting into a really good group! We’ve managed our time reasonably well and haven’t had much conflict between team members.

Coaching this week involved a few stints at the National school and the Titan’s Academy. The girls at the National school are working on their dribbling now (especially dribbling without looking at the ball) and have been getting better every week. The Titan’s Academy also went well, although the kids did lack discipline at the beginning of the session. It wasn’t a problem for long as I quickly turned the tables around by making them do a few sprints and a couple sets of pushups. The rest of the practice ran very smoothly to say the least!

We have a National League game tonight vs. Maree. The second meeting we had vs this team resulted in a loss for us. We need to pick it up tonight and kick some butt!