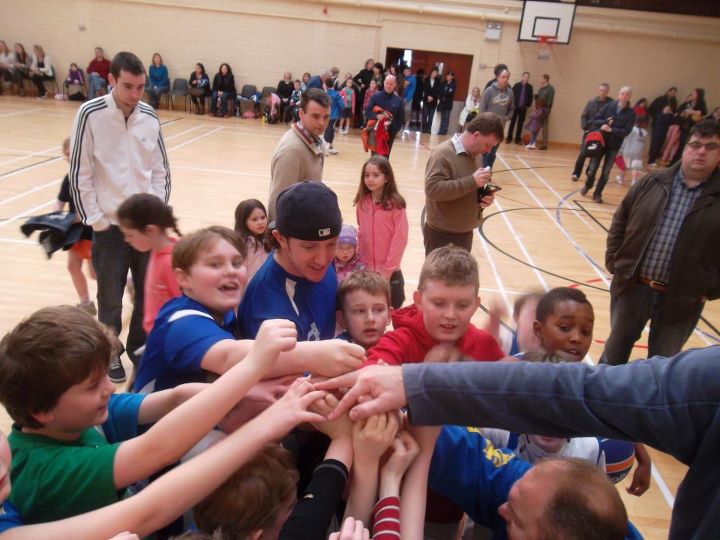 Talk about a productive and successful week in Galway! Ok. I’ll start with the National League. We had a solid week of training to prepare for our last regular season game against Portlaoise. Some of us got lost on the way to the game and arrived a bit late which led to a shortened warm-up which is never good. So we started off the game a bit slow, but by the third quarter the Titans were up and running. We ended up winning the game by 23 which was a great way to finish up the regular season on the road. Now on to the playoffs, with us hosting Kilkenny next weekend in the National League quarterfinal.

I had a bunch of coaching as usual this week, as I’m still helping out over at GCC to help prepare them for the Division 3 All-Ireland’s this coming week. I had an outstanding session with the Titans U-16/U-18 girls on Tuesday. It was one of their best sessions as I don’t think I’ve ever seen them work that hard! The Titans U-18 boys had a good training session on Friday as well. Up until this point I’ve pretty much been working on player development with them individually as they lacked most fundamentals of the game. They’ve shown phenomenal improvement over the last 2 months so now we’re finally starting to work on some 5 on 5 stuff.

The Titans academy on Saturday was excellent, especially because we had a few new faces. There were a few new boys that were brought in by their social worker to join the Academy for the day. These boys are classified as underprivileged and at-risk. Throughout the day there were times where I could see the potential for them to cause trouble. However, I looked to use their strong personalities to be a positive influence on the camp. So instead of scolding them or even allowing them a chance to get in trouble (as it could often be to try and get attention) I would have them already be the center of attention by asking them to help me demonstrate a drill, start a line somewhere, etc. The boys responded wonderfully! Their social worker was smiling and even snapping photos on the sidelines because the boys behaved so well, participated actively, and had a ton of fun! They were a true pleasure to have in Academy this week and will be returning next week.

Today I helped to coach a U-10 and U-11 match between Titans and Corrib. It was a light-hearted, fun competition where we got to have a bunch of our kids play. First the boys played, followed by the girls game. All of our young players played their hearts out and really showed how they’ve improved over the last few months in the Academies. I’m very proud of how well and how hard they all played!