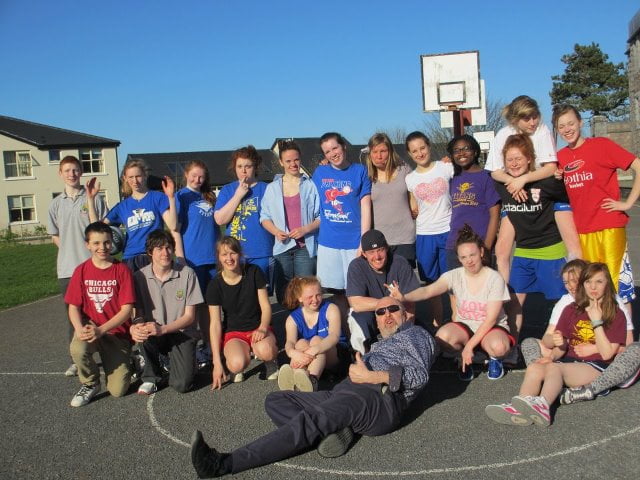 I’d like to start off by saying thank you to everyone who wished myself and Will good luck in the National League Championship. Unfortunately we came up short in a heart breaking 2 point loss, 80-78. Ballon was an excellent team and the game was extremely hard fought, physical, and intense. With 26 lead changes in the game, you can imagine the atmosphere between the our loyal Titans supporters and the rowdy Ballon fans. It’s always hard for a season to come to an end. Now we are fully focused on the Varsities tournament with the NUIG men’s team next weekend down in Limerick.

Last week I was back coaching at St. Pat’s. I continued the practice of allowing the boys to referee themselves. They’ve stepped up and taken more authority in games and have also began respecting each other a bit more. it was great to see one of the boys step up as a leader and quiet down a fellow classmate when he was trying to complain to the ref. The one boy showed his leadership by standing up for the ref, and insisting that the ref’s call be respected. He even went as far as to say to his classmate “We need to treat the ref with the same respect we treat Tim!” So it seems like the message is getting through!

As some of you may know, the weather here in Galway has been absolutely incredible! It’s been sunny and warm (I say in the 60’s and 70’s and everyone else says in the teens and 20 degrees). I’ve tried enjoying as much of the weather outside as I could during our last week of classes. Will and I were able to get a couple hours out by the beach after a few hours of International Corporate Finance on Monday. On Tuesday I had the U16/U18 Titans girls team and they insisted on having training on the outside courts at St. Mary’s. I thought this was a fantastic idea. We even had a little party afterwards with pizza and cake because one of the girls on the team will be returning to Germany this Saturday.

We have our last week of Academy this Saturday which will be followed by an award ceremony where we will be awarding MVP’s and Titans of the year for the different age groups. I really can’t believe how fast time is flying by here in Ireland. It feels like yesterday that the season was just getting under way.

That’s all for now. It is going to be time to start studying for finals and preparing for the Varsities tournament. Take care eveybody!
-Tim