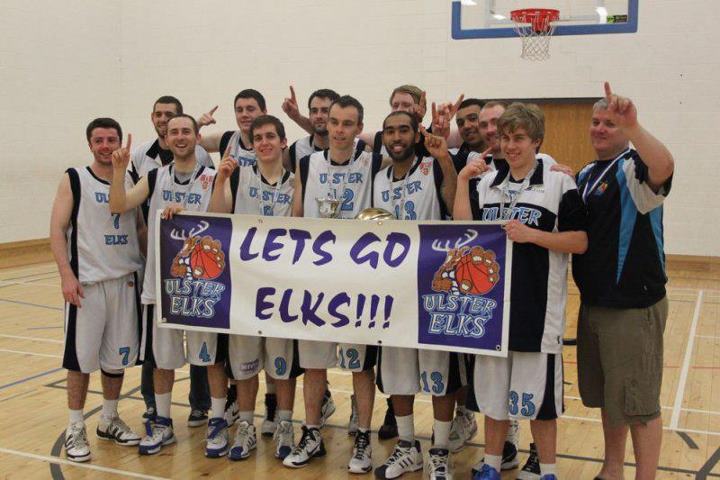 An upfront apology, but I will be talking all basketball in this week’s post!

This has been a great week for the Ulster Elks basketball club. Firstly, the U14 girls won their final last Sunday against a strong Donagh team to become league champions for the second year in a row. From the start, the girls were very amped up to play and as a coach I had to deliver a pregame message that would strike a balance. I told the girls, while it is acceptable to get psyched up and have butterflies before the championship game, it is also important to realize this is just another game. If we continued to play we have throughout the undefeated season, we will be fine. The game was sloppy, with more than usual amount of silly turnovers which were mostly due to nerves. Brilliant play by our youngest player allowed us to open up the game in the beginning of the fourth quarter. She made all the smart plays down the stretch with steals, rebounds, and passes that led to easy points for us. Deservingly so, she received MVP of the game!

Also more exciting news, the Ulster Elks senior men’s team capped off the season with a championship! The semi-final game against Kilkeel Knights and the final against Dungannon Cavs were both played yesterday. Both teams were all-Lithuanian, bringing drums, horns and a load of supporters making for a great atmosphere. Against Kilkeel, we struggled to finish layups and defend shooters. We found ourselves down 11 going into the fourth quarter. The intensity level was raised and the Knights folded under the pressure allowing us to capitalize on a few turnovers and a technical foul. Our team showed resilience and character during the huge comeback that would not of been there earlier in the season. The championship game was won because of ability to learn from our mistakes in the previous game, turning those negatives into positives. We knew we would have to play our best against a Dungannon that split regular season games with us. A total team effort was displayed that defined our entire season.

Looking forward to this upcoming weekend, as the college team will compete at varsities. Universities from across Ireland will be represents in the tournament. Current Victory Scholars, Will and Tim, will be in participating with NUIG. Updates and results will be posted next week!