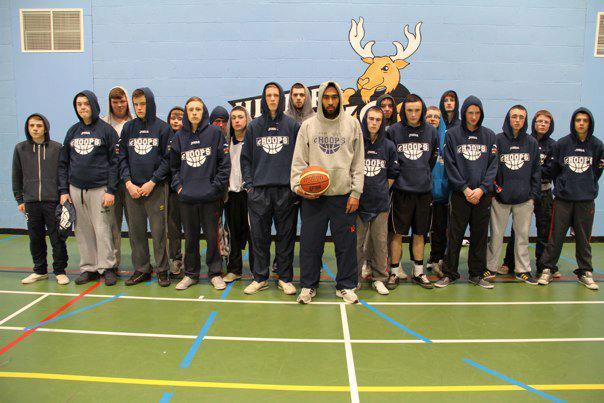 Hope everyone enjoyed a great Easter with family and friends! As promised, I am coming to you with the results from Varsities…. and we won!! It was a great experience to be part of the 3 day event that took place at the University of Limerick. The journey started at 5am in the morning on Friday packed with myself and 4 other teammates in a tiny car. Considering we had a 4 hour journey before our game, we played quite well. Each and every game was a total team effort, which is the main reason we won the tournament. The weekend involved much more than playing basketball. It was a chance to meet players from all the other universities in Ireland with social events in the evenings. Victory scholars Tim and Will also competed in the tournament and it was great to chance up with them. Getting a chance to chat with them was great just to see how different our experiences have been with them in Galway and myself in Belfast. Even with the differences, the overarching theme was the differences we are making in the communities.

Speaking of making a difference in the community, this past week at eHoops I got to speak to the kids about the Trayvon Martin situation. I told them that it was a very serious problem and that the perception of young kids is not always great. Trayvon Martin could of been them. It’s important for them to know that there are problems not only in Northern Ireland, but is a global issue. The picture below is a sign of solidarity and unification among all young people.

The U14 girls will be competing in All-Irelands tournament this weekend, which hosts all the teams that have won their respective leagues. It will be great competition for our girls and they are up for it! We have trained hard since winning the league championship to tweak our game and improve our skills. Wish us luck as we compete this weekend!

As mentioned last week, I am currently on a two week Easter break. Although classes resume on Monday, I will be away to Nottingham, England to compete in the British Universities and Colleges Sports event. A team representing Northern Ireland will compete against Wales, Scotland and England. From what I’ve heard, the teams are very strong and will be a highly competitive tournament. I am looking forward to the challenge, as is the rest of the team.

With the semester of classes quickly coming to an end, there has been a dense amount of coursework. I have 4 presentations due the week I get back from England, which means I need to have them done before I head over. Having said this, time management has been essential in me meeting with group members and completing assignments. Let’s just say that I am ready for this semester to be over!

Look forward to talking next week!