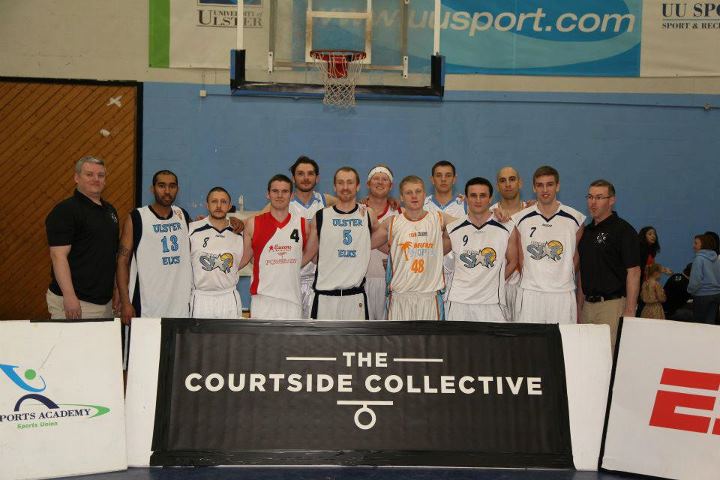 All I can say is WOW! I’ve been extremely busy since we last spoke. As you might remember, I was heading off to Nottingham, England to compete for Northern Ireland Universities in the Bristish Universities tournament. Before heading over, I did not know what to expect. I went off of what I heard from guys on my team who had played in the tournament in previous years. Everything ran along the lines of it will be great competition and a great experience. The tournament lived up to the hype, as it was likely the best competition I played against since my stay in Ireland. We competed against Scotland, England and Wales. Both Scotland and England dominated us because of our lack of size, but nonetheless we gave a brillant effort. Myself nor my teammates were satisfied with a “brillant effort” and knew we had to leave the tournament with a win against Wales. As I would guess, most of you have heard about the 62 point performance I had against Wales, which was by far my best game EVER (http://www.youtube.com/watch?v=ciFOdwNMXnU )! The best part about that moment for me was the support and excitement from my teammates who had every bit to do with those 62 points. Thank you again for that experience guys!

As I said, it’s been a busy week. With me missing an entire week of classes and meetings last week due to being in England, I had to play catch up soon as I got off our 12 hour journey home through the night! I had two presentations for Monday and one for Tuesday. Both were successful and I can say I am glad they are behind me! With one week to go in semester 2, I have a few assignments to turn in followed by exams.

There were two groups that I missed for a few weeks while being away, both my ehoops boys and my Junior Elks girls. These are two groups of kids that I have been working closely with for some time. Being away, knowing that I couldn’t be at training was killing me! Both groups have made tremendous strides in their own respective ways. This week I got to catch back up with them and we are working towards even greater performances. With the Junior Elks now that the season is over, we played games during training just for some fun that was needed. We will begin assessing individual performances from the season and identify training programs that will be useful over the summer. The ehoops boys have also demonstrated improvements in their character by listening and being respectful towards others.

Lastly, I also got to participate in an All Star game this weekend. The entire event was great, from the atmosphere to the talent. Fortunately, my team came out on top which always adds to experience. You can visit The Courtside Collective’s facebook page for more info and pics from the day.

Another busy week down, looking forward to what this week holds!