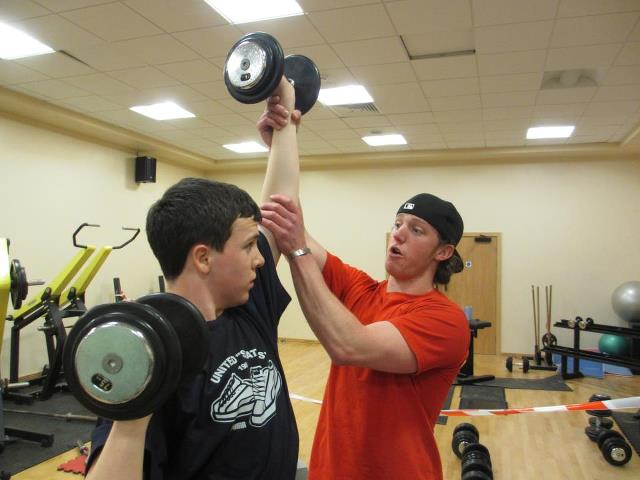 First off I’d like to give a big shoutout to Darryl for his 62 point performance against Wales the other day. 62 points!!! That’s an amazing accomplishment no matter who you are. Check out the video that Deirdre posted to see highlights from his performance.

So it’s been a long week of studying here in Galway. Irish Economic Policy. Global Business. International Corporate Finance. Global Marketing. NO FUN. As much as you never necessarily look forward to taking finals, I certainly am anxious to take them and get this week over with.

I had no coaching in the schools this week as the boys’ basketball sessions were cancelled due to Confirmation practice. However, I did have several coaching sessions with this past year’s Titans U16 boys team (who will be the U18 team for the next 2 years) and our Titans U18 girls team. I am working with the girls team because we have a tournament in France at the end of May. We have excellent opportunities to train 3 times a week now, which is significantly more than we’ve had all year. The girls are making tremendous improvements in their individual games and next week we’ll start working on 5 on 5 stuff to get ready for the tournament.

The boys that I coached this week and will be doing so for the next 6 weeks or so are not training for a tournament. However, they were very interested in offseason player development as well as strength and conditioning. I was thrilled about the opportunity to work with these boys as I see the tremendous amount of potential in them as well as their burning desire to become better basketball players. I have challenged them a lot in our first couple sessions on the court, throwing very advanced drills at them. From time to time they can get down on themselves for messing up, but I tell them that it is ok to make mistakes. I tell them that if they were not making mistakes on the court then either I’m not pushing them hard enough, or they’re not working hard enough. Everybody makes mistakes and that’s how you get better.

Given my CrossFit certification and experience working in the fitness field, the boys were excited about the opportunity to participate in and learn about effective offseason strength and conditioning. I will be taking them into the weight room twice a week for the next 5 or 6 weeks and be putting them through an offseason program. I have also been discussing nutrition with them and how important it is to take care of their bodies. They’ve been admitting they’re a bit sore because they’re not used to it, but they’re excited about the thought of getting stronger and becoming better basketball players!

Anyway, wish us luck on our finals this week!!!
-Tim