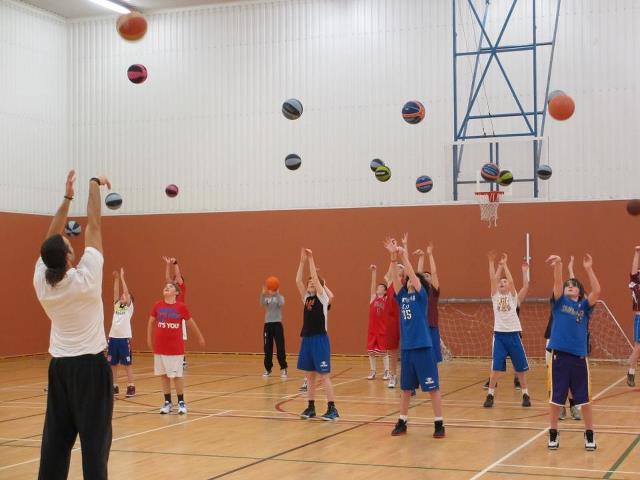 First of all, I want to wish a Happy Easter to everyone here. Hope you all had the chance to spend some time with your family and the people you love! This week marked the first of three study weeks for school. Not much studying was done though. We spent the majority of our time coaching camp and getting ready for the varsities.

Tim and I ran a camp this week for two different age groups, the 12-14 year olds and the 14-17 year olds. We worked on ball handling, shooting, layups and Tim also showed them some cross-fit moves. By the end of the week, these kids were wrecked and so were we!

During the first half of camp, some of the kids weren’t really taking it seriously and were constantly missing layups. At one point, we decided to make them run through a full court layup drill. The objective was to make 10 consecutive layups in 3 minutes or else they’d have to do a suicide. They failed. As I was about to tell to get on the line, I gave them an ultimatum… double or nothing. If they beat the drill, they wouldn’t have to do a suicide, but it they failed they would have to do two. After a minute of consulting with one another, they rejected my proposition. They’re reasoning was that they thought they couldn’t reach the goal. Tim and I weren’t too pleased with their decision. With that said we made them do the suicide and then gathered them in for a quick talk.

The reason they came to camp was to become better basketball players. But for some reason, when the opportunity came to get better, and accept a challenge, they backed down. We took this moment to let them know that in life, you need to take risks. You need to accept challenges and to believe in yourself. Your skills might not be the best at the present moment, but with hard work, you can develop them and get better each day little by little. By rejecting our proposition, they decided not to get better at that specific moment. Never waste an opportunity to get better.

Since that moment, they accepted every challenge and never looked back. Their level of concentration, dedication and determination wasn’t comparable to the first half of the session!

As you all know, NUIG is competing in the varsities this weekend in Limerick. We are playing teams from all over Ireland and really think we have a good chance of reaching the finals. The guys on the team have shown that they are truly committed to win this. We won our first two games yesterday and have the semis tonight. Jordanstown is in the semi as well and we hope we get to play them in the finals!