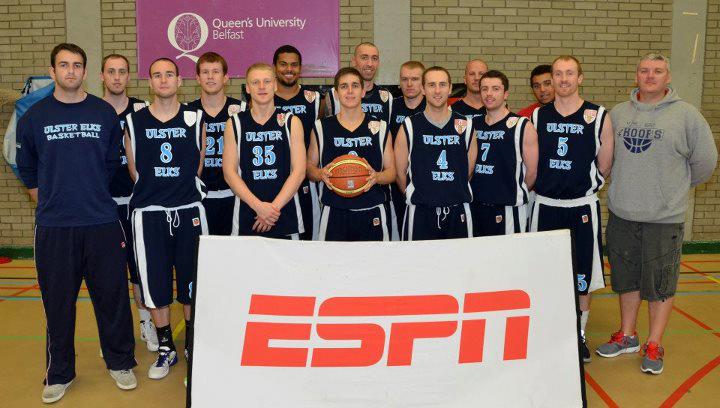 Hey Everyone!! Sorry I missed last week’s blog entry, but I was lucky enough to go on a residential/retreat with the Master of Business Studies students. It was awesome to get the chance to go on this retreat because it gave Jim and me a chance to get to know all the students that we’re going to be in class with as well as work with on projects, presentations, etc. At the retreat we did various team building activities and also some physical challenges such as rock climbing and archery. It was a lot of fun and I look forward to the upcoming school year. While I’m on school, school officially started today. The first class today was Economics and went very well.
As for basketball, we won the Donegal Basketball Invitational two weekends ago. It was a great team effort and everyone played great. It was also good to see Gretchen get the MVP award and her team win the girls tournament also. We also competed in the ESPN Invitational tournament this past weekend. We also played well and made it to the semifinals, but lost to a good team. It was good to play against some good teams to show us our weaknesses so we can correct them and continue improve. Also, Caroline, the newest Victory Scholar, had a great game in the invitational and got MVP of her club’s game. Overall, basketball-wise, it has been a good two weeks.

Unfortunately, because we went on the retreat, we missed the E-Hoops awards night. From what Mrs. Deidre and Mr. Gareth has told us it was a great success. I look forward to the next group of E-hoopers and working with them every week to improve themselves. Thanks everyone who reads all of our (the Victory Scholars) blogs and I will talk to you next week!!!!!