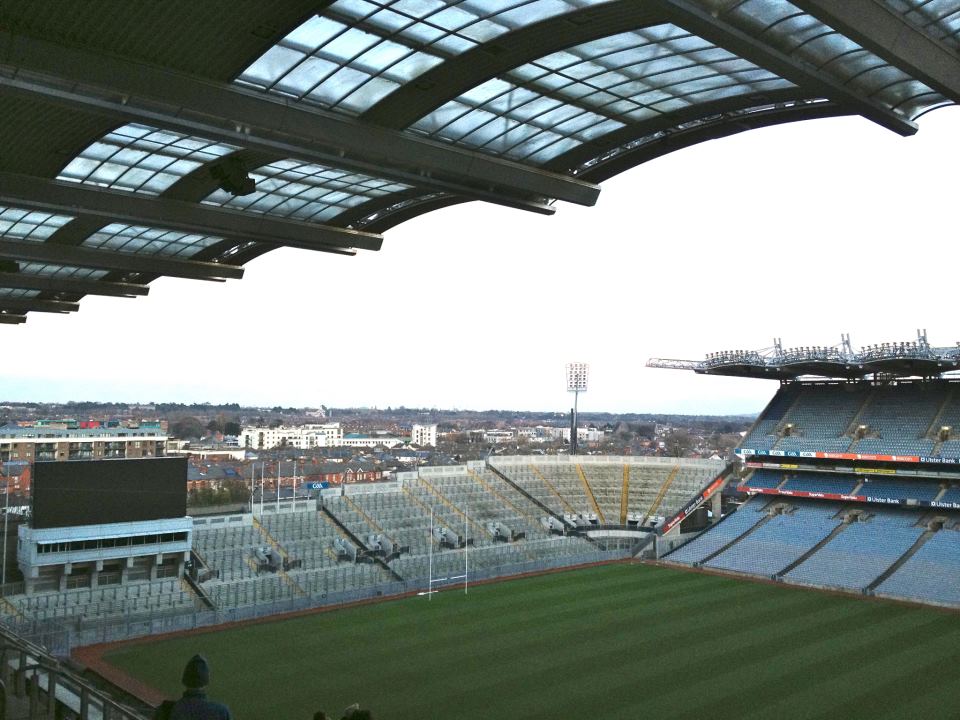 This weekend Matt Jim and I had a chance to go and explore Dublin. We decided we wanted to go to Croke Park with our friend Susie and learn about the Irish games of Gaelic Football and Hurling. While touring the stadium the guide shared so much history with us, we discovered how import the stadium is to the Country and the city of Dublin. Realizing the amount of pride that comes with Gaelic Football and Hurling I couldn’t help but think about how important and influential pride is. The players take so much pride in representing the county’s they play for, with the amount of emotions that I saw from these players in a film we were shown, you could tell they are playing for something bigger than themselves. Now, you should know that theses athletes do not get paid! And they sell out Croke Park which holds 82,300 people. Any money that the team gets goes right back into their county teams. I think these players are a great example of doing what you love, and that it is not all about the money, its about what makes you happy. I think the NHL, NBA, MLB, and NFL players should take a step back and look at these Irish athletes when they complain that they aren’t getting enough money.

Joining SCL is a great example of my choice to be happy and live the life that I want. Unlike most of my fellow college gradates I chose to not go and get a job that I didn’t really like but payed the bills. And I hope I can keep doing what I enjoy throughout my life, a very smart guy told me one day that people should “work to live, not live to work.” I am not saying that money isn’t important but its not everything, just asked a gaelic football or hurling player.