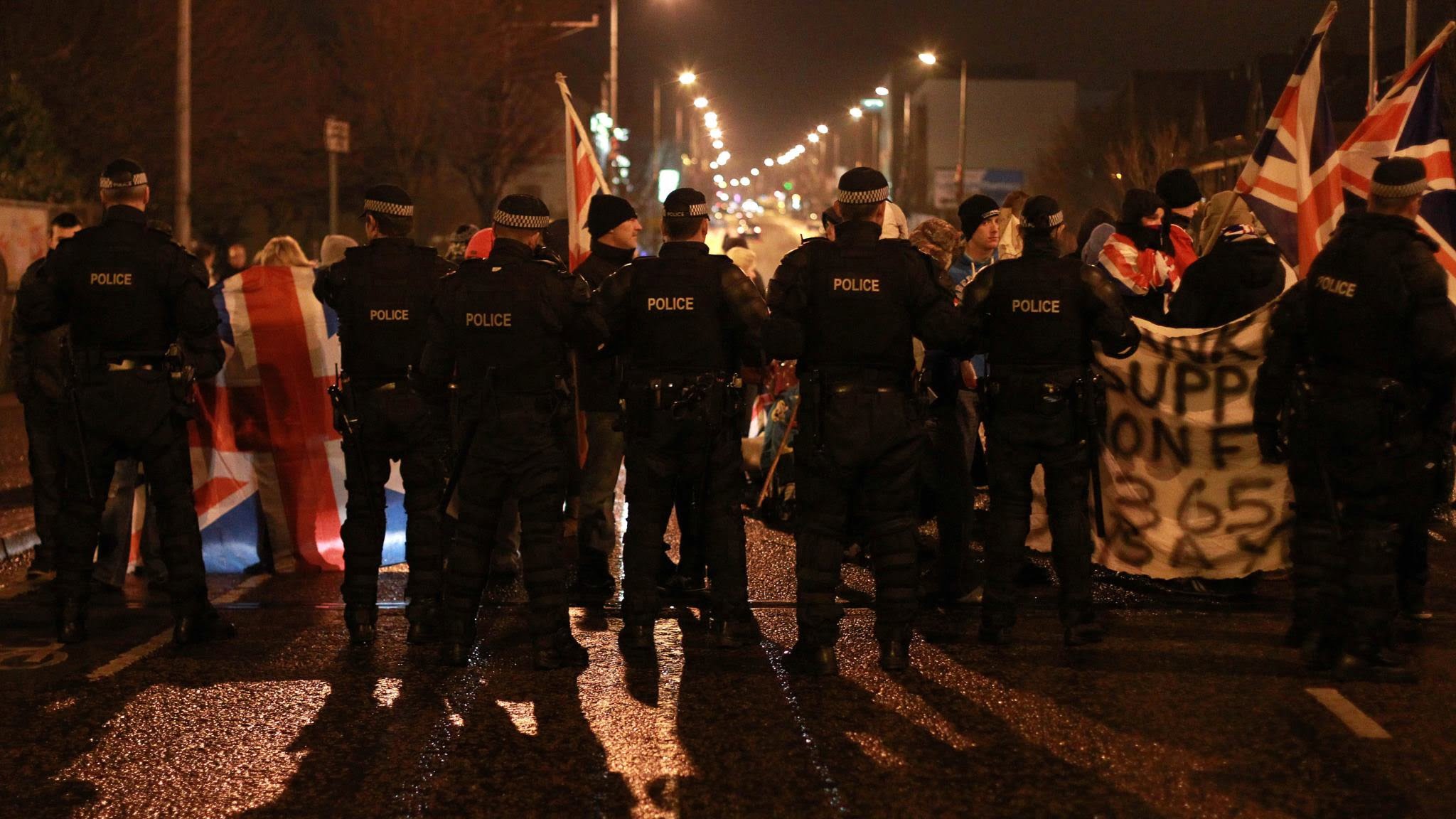 With all the Belfast flag riots in the news I have been hearing a lot of feedback and concern from family and friends back home – “Are you ok”, “It sounds like a warzone over there!” “I thought Belfast was suppose to be safer now!” and “Is it as bad as the news portrays it?”. I am not going to get into the politics of the protests, but I thought it would be interesting to explain how the riots affect me as a resident of Northern Ireland.

First of all, I would say two things are going on: protests and riots.

Protesters are those in the community that disagree with the lowering of the British flag and peacefully protest the decision in the hopes of bringing attention to their cause. This is very similar to the protest Americans are use to seeing when hundreds or thousands of people organize protest in Washington DC or in local communities.

On the other hand, the riots in Belfast are not peaceful. Rioters usually block roads, throw rocks, bricks, bottles and petrol bombs at the police officers that are equipped in riot gear. In extreme cases, rioters have hijacked public transportation and tried to set buildings on fire. Rioters are the ones that put Belfast in the national media spotlight. The damage that Belfast riots produce are similar to the riots that sometimes occur when an American college wins a huge football game or wins a national championship. In that case American students can get out of hand by burning couches or cars and a few students get arrested for disturbing the peace. These riots in Belfast are much, much smaller, but lately have occurred more frequently.

So for all the people that ask if I am ok or if I feel safe, the answer is absolutely. I technically live in Jordanstown, which is 6 miles outside Belfast. Just like in the States, one learns what parts of the city not to go near and I stay clear of areas that are known for riots. These rioters have not used guns yet as guns are much harder to get over here. It is interesting because some Americans I know say they would feel unsafe in Belfast because of the risk of riots, while some of my friends over here say they would feel unsafe in the States because so many people have guns. Cultural difference I suppose along with media portrayal.

The only way I have been affected by the riots is that basketball practice was cancelled once because streets were closed during riots.

It is really a shame that these riots have gone on for so long, hurting many small and large businesses in the city by deterring patrons to come downtown. I think the media’s portrayal is slightly overblown and deters foreign investors from exploring the thought of investing in a great city like Belfast. My hope is that this unrest subsides so that tourists, businesses and foreign investors visit a city that I have grown to love. Thanks for reading!