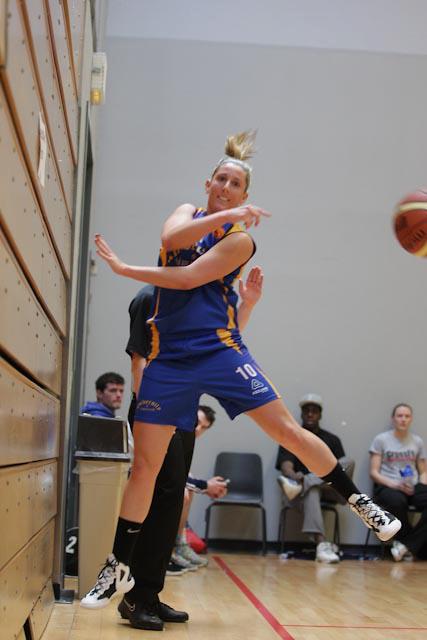 Varsities weekend has probably been the most anticipated weekend since I arrived in Ireland.  Varsities is when all the college teams in Ireland come together for a weekend to compete for the coveted Cup title and socialize with one another. The last couple of years, the UL girls have come so close to winning the final, but have been unsuccessful.  This year, our whole team was really looking forward to competing in the tournament because we felt like we had one of the strongest teams.  We played a total of 5 games in 3 days and after winning a tough first match against Gretchen and NUIG, we rolled through our next 3 games to qualify for the final. We played UCD in the final and the majority of the match was neck and neck.  With the score tied 62-62 with about 30 seconds left, a player from UCD threw up a three right at the buzzer and swooshed it! We honestly could not believe we had just lost…after playing so well all weekend we were so disappointed in the outcome of the final. I’m still very bitter about that game!

Besides losing at the buzzer in the final, the rest of the weekend was some great craic! It reminded me of my AAU days when we would have weekend tournaments and spend all of our time hanging out in the gym or hotel and messing around with teammates. At nights, we got to hang out with all the other teams so it was great to get to know some of them outside of the competitive setting of the basketball court. And of course, it was great to see the other scholars!! It’s never boring when we’re all together!