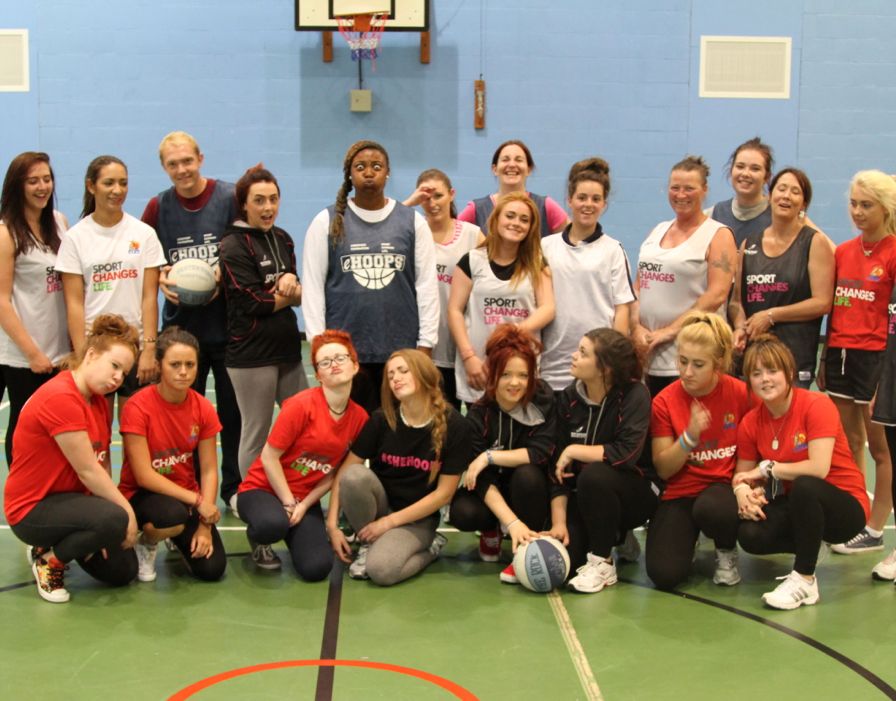 Hi! It’s only my second day in Belfast and I already feel at home. I packed so much stuff and I paid for it at the airport, but this is my first time out of the US so I figured 3 suitcases and 2 bags would be perfect. I also didn’t know I had to go through security again for an international flight and delays didn’t help, but I made it and this place is beautiful!

I had a great time with the SheHoops girls last night. We worked on fundamental moves, made necklaces out of clay, and finished the night with lots of pizza and laughs. I am still learning names, but during a light scrimmage one of the girls said “I can’t shoot,” and I told her yes you can, and 2 plays later she scored back to back with the help of good ball movement. Her face lit up and I said, “I told you so!”

I disappointed one of the girls when I told her I didn’t know anyone from the MTV series Buckwild, but I remember Caroline and Sarah telling me that they would think I knew all of these famous people just because I live in the US. They also looked at me strangely when it was time to stretch because I asked them to count with me alternating numbers like I say “1,” they say “2,” and so forth, but they got the hang of it.

Some of the girls are my age and others are a little younger. For the most part I can understand everyone, despite the accent and fast pace. I haven’t run into any trouble with the food, although I have to get used not to having much ice. My first meal at Burger King and my first chicken sandwich were delightful.  They also have a McDonalds, Subway, and good coffee!

I can’t wait until Gareth’s daughters arrive so I can show them pictures from the Justin Bieber concert. That was the last activity I enjoyed with my sister, Olivia, before I came to Ireland.

I’m also looking forward to the other scholars arriving. I have already connected with my roommate Diana and Brittney at the dinner in Philly; they are both really nice and awesome.

I plan on going into town today because the weather has been great so far, and everyone is telling me to take advantage of this and that I shouldn’t get lost because the town isn’t too big. Mostly everywhere I go has Wi-Fi and last night I talked to my mom on Viber. She said she would get an Instagram because everyone keeps calling her about the pictures I have been posting. I’m looking forward to every aspect of this program.