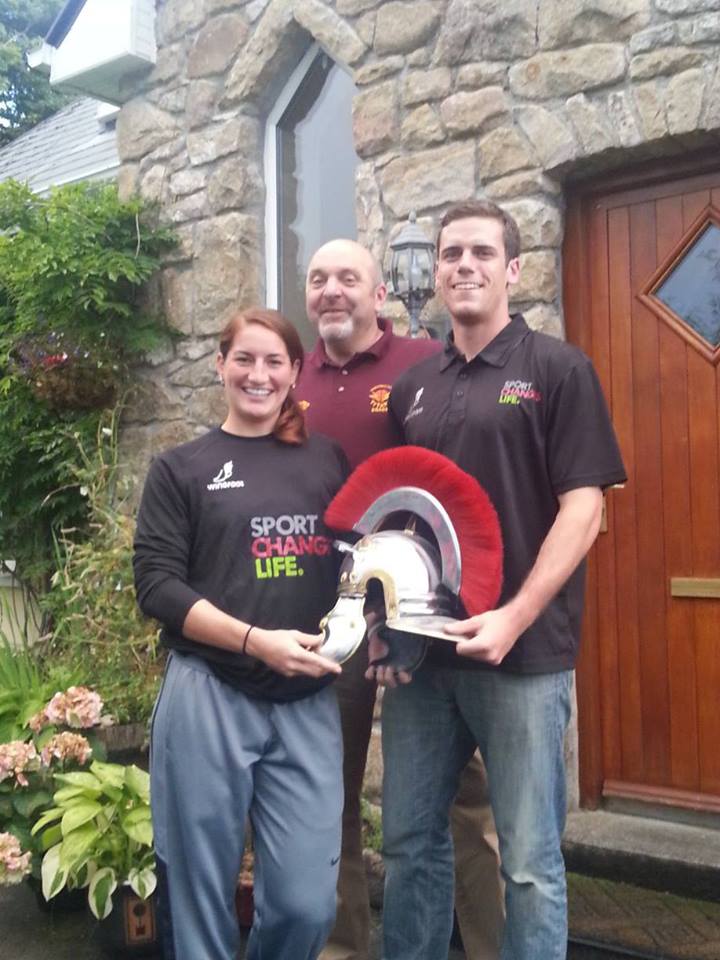 My first day in Galway was very eventful.  I thought it would be a great idea to go for a run to get more familiar with this city that will now be my home for the next ten months. My run lasted all of 5 minutes after realizing that it is nearly impossible to run in this city full of people. There were so many different people and things going on the main strip called “Shop Street” that quickly turned my run into a walk and I took off my headphones.  There were so many street performers every 50 feet or so and each were so uniquely talented.  I watched a band that I could have sworn were Mumford and Sons, was mezmorized by man juggling knives and also a chainsaw, an amazing tap dancer and bagpiper duo, and a man covered in silver that I had mistaken for a statue. I then walked through the Galway market where my mouth was watering for all of the freshly baked pastries, fresh fruits, cheeses, and meats.

I concluded that I now live in a fantasy land after 2 hours of exploring the streets of Galway and decided to walk home. As I was walking home I see a woman point at me and say “HEY MICHELE!!” and my first thoughts were…I have no idea who this woman is, have I met her before, how does she know me, and am I famous already..??  (My Sport Changes Life shirt could have been a give away) Thankfully she introduced herself after my blank stare and hesitation. It was the wife of the organizer of the Titans Basketball club Gillian.

Just an hour after meeting her I was coaching her daughter in my first game as head coach of the under 20 Titan girls team. All the girls played hard even though we lost to a very athletic team from County Kerry. I would also like to note that ‘one and one’ fouls do not exsist in Ireland…they automatically just shoot 2 foul shots once you reach the limit of team fouls. Could have been a game changer..JUST SAYING. After the game Chris and I were welcomed to a homecooked meal by Gillian and her family.  They have really taken us under their wings and made us feel right at home. It really helps being around a loving family because it reminds me of my mine own back home.  After dinner Chris and I went out to experience the crazy night life in Galway. Needless to say after my first full day I am completely in love with being a Galway girl.