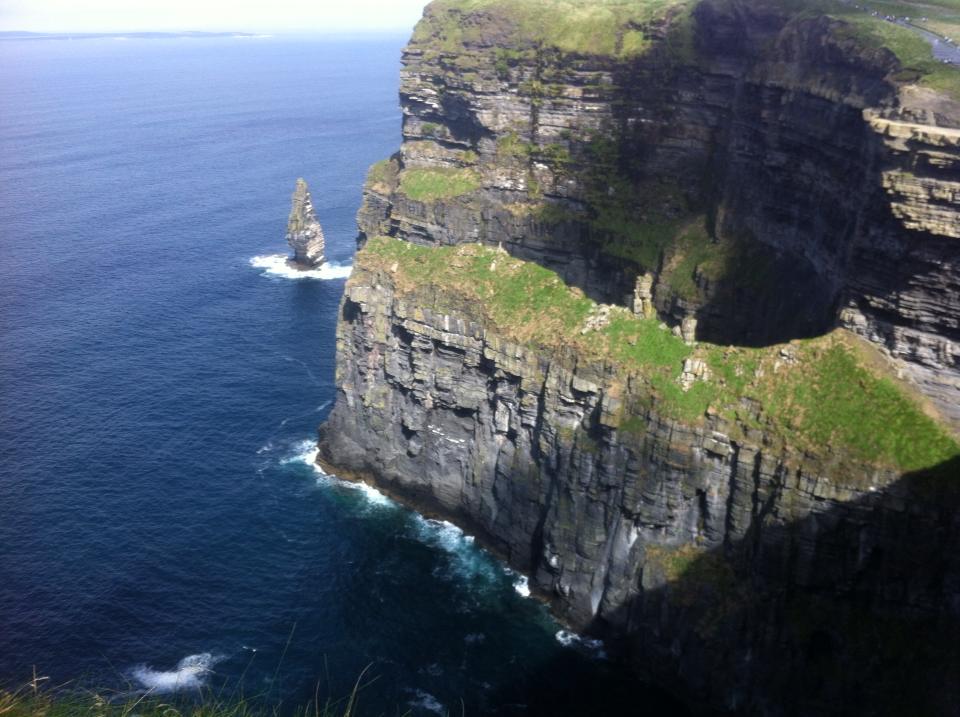 I have finally settled in to the wonderful city of Galway. Practice has begun, classes have commenced, my coaching debut began in the most unusual way and the craic has been constant. The first day I arrived I was sent to Limerick with the under 15 Galway Titans team to “assist” the great Joe Coughlan. In the first minute, of the first quarter, in the first game…Joe gets two technical fouls called on him and so my coaching debut begins. I knew non of the names or their abilities yet we somehow managed to lose by only 7 points to an All Region team and pull out a win in the last game. Joe was enjoying his cup of tea from the balcony with a smirk on his face, I knew he did it on purpose because he “claims” he hasn’t been ejected from a game in 13 years.

A few days later Michelle and I visited the Cliffs of Moher and toured the scenic Burren. The night before I was speaking with my mother and her last words were “DON’T GO BY THE EDGE”, so naturally as an adventurous and rebellious 22 year old in Europe I hopped the fence and got as close to the edge as I could to take a picture. When I was climbing back over I grabbed a wire, one meant to keep the cattle away, which sent a nice electric shock through my body. I knew mom was always watching, I’m Sorry mom. More to come soon.