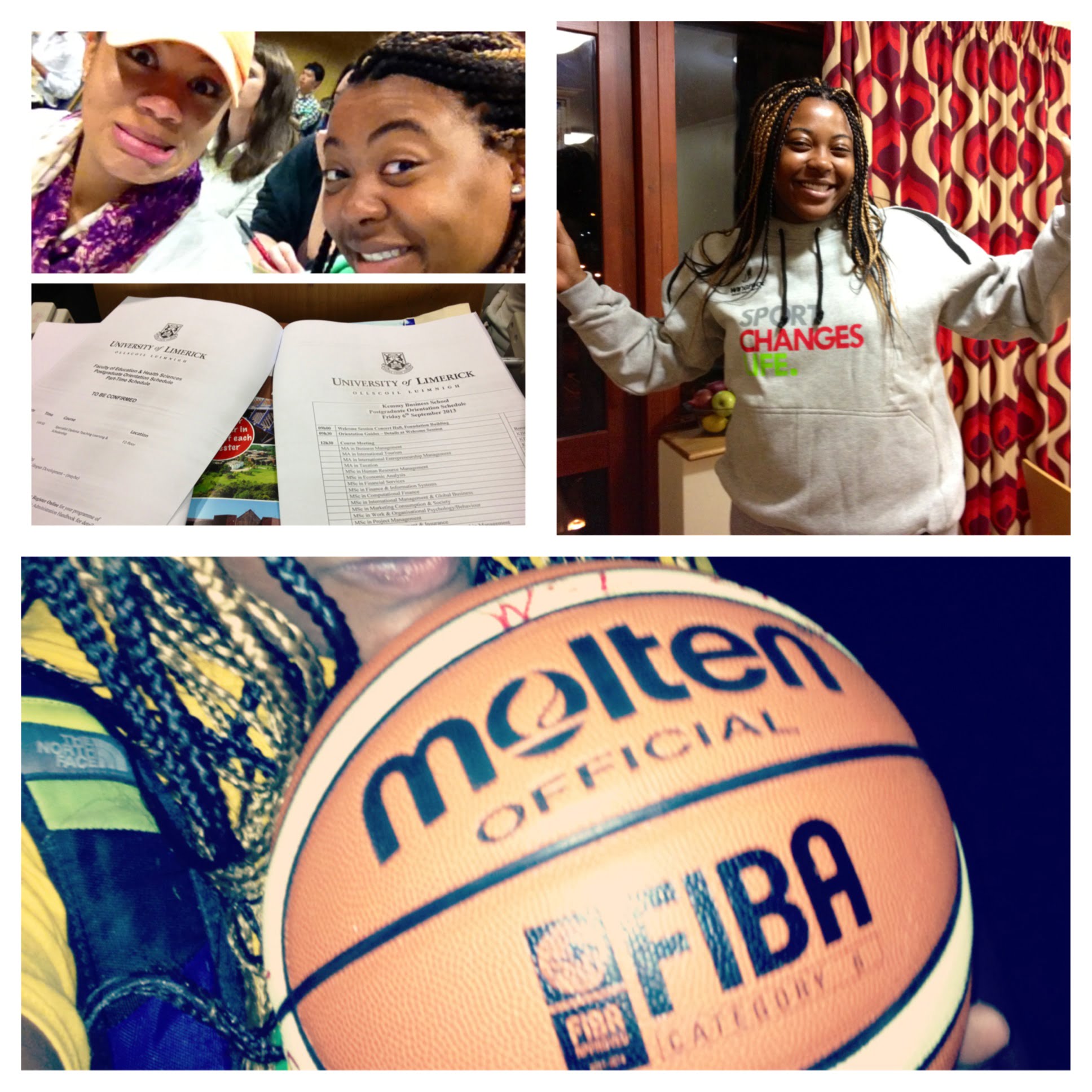 This week of orientation has kept me super busy between learning as much as I can about the campus and and practicing with UL. Orientation was welcoming with Irish bands and dancing, a Viking bus tour of Limerick City, food tastings, and the introduction of over 70 clubs and societies. I was in a video shoot for “Great Accommodation” with one of my classmates from Australia too, so stay tuned!

The president’s address to all of the international students encouraged us to have a life outside of our studies, which I think will be manageable. We also learned about the famous people Ireland has produced which included Ralph Fiennes, who played the character of Lord Voldemort in Harry Potter, and U2 to name a few. A man who did impressions of nearly every major county in Ireland also entertained us, but some went right over my head because I haven’t been to every major county.

I finished the week off by coaching my first practice for the 12U Husky girls basketball team with my teammate Cathy. The first practice was all about the fundamentals. We worked on ball handling, layups, and defense. Cathy informed me of the rule that each player can only guard one person during the games. Basically it’s a foul to double team people because at that age they are trying to keep the game fair and give everyone a chance to play without being trapped all over the place. I can’t say that I would ever thought to implement a rule like that, but I learned basketball is different everywhere and all the girls deserve a chance to improve their game and become better players. A rule like that not only tests the players defensively, but also gauges how effectively the coaches are teaching defense. I love defense so we will see how that works at our fist game in a couple of weeks. The developmental strategy is different, yet it seems to be efficient as I watch older girls practice and compete.

My class schedule is fully loaded. My classmate Meredith is from Ohio and we are the first two Americans in this Master’s program. Our course director, Gina, was super excited to finally meet us for that reason as she told us about our Monday through Friday class schedule. I already knew I picked a challenging major, but it’s filled with networking opportunities and a trip to Cape Town, South Africa. We also got our cell phones, gym memberships, and bank accounts this week so I guess you can say I’m fully settled in. I couldn’t see myself in any other place than Ireland right now and I love every bit of it.