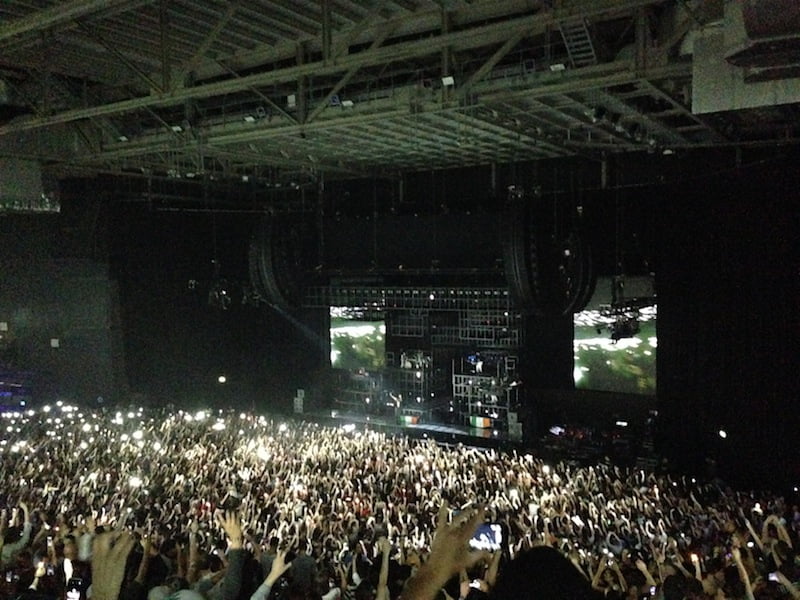 I had one of the best experiences so far in Ireland this past weekend: seeing Jay-Z in concert. Now, some of you may be thinking that that’s weird since that is someone I can see any other time in America, which is what I, too, was initially thinking before walking into The O2 in Dublin on Sunday night. But not only was the concert one of the best that I have been to, it really made me realize how proud I am of where I am from when he performed Empire State of Mind, a song about New York.

I am a New Yorker, born and raised. Although Irish people seem to love Americans in general, as soon as I tell any of them that I am from New York, I get the same wide-eyed, “wow, I want to go to New York”, and sometimes “why did you leave there to come here?” reaction. While I do catch myself missing things about NY while here in Ireland, like the bagels and pizza, the fast-paced lifestyle and how the city life never seems to sleep, I feel that I have adjusted so well to being here that I really have not missed home too much. Rather than comparing the drastic differences between home and Ireland, I enjoy the slower-pace, the friendly people, and the beauty that embraces this country.

With that being said, I did not expect to feel a bit emotional when Jay-Z began performing Empire State of Mind. Seeing people proudly waving their Irish flags, belting out the lyrics to a song about a place many of them have only seen through movies or photos while I excitedly start jumping up and down, grabbing the Victory Scholar Jared and yelling, “THAT’S WHERE I’M FROM!” is a moment I will not forget. I have fallen in love with living in Ireland, but I will always be appreciative of the place that helped shape me into the person I am today. Until next time, readers!