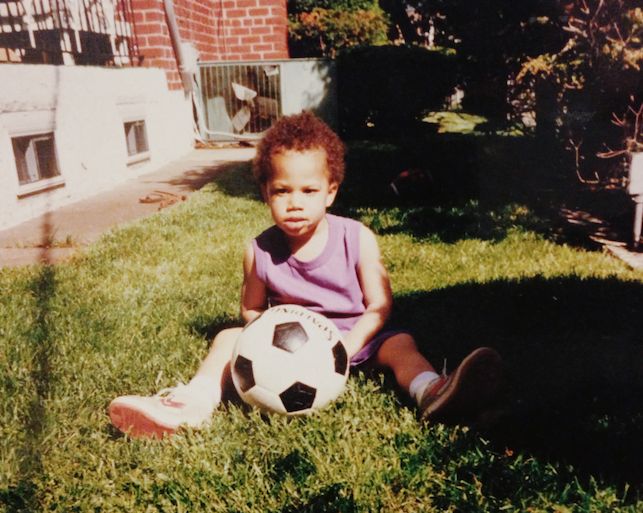 I was asked to help a local soccer club in Limerick with coaching a group of about 40 under 10 boys during their practice alongside two of the Arsenal Community Development coaches. Now, many people may be turned off after hearing they have to coach such a large group of boys, fresh out of school, looking to release all that built up energy in an hour-long soccer practice. Call it weird, but I actually loved it.

I was also informed that I’d be introduced as the “international football player, because the boys would love that.” Simple enough. As I began to introduce myself to my half of the group of boys for a skills session, I only got two words out before they screamed, “Oh you’re AMERICAN!” and one boy shouted, “I can tell by your hair!” I got the boys started on the drill after a few questions about “the Big Apple” and if I knew any of their family that lived there (to their disappointment, I didn’t), but it was pretty remarkable to see how excited they were to have an American at their practice.

In between drills, a few boys enthusiastically asked me to watch them while they showed me a few of their skills like a rainbow, around the world, and a bit of juggling (apologies to the readers that don’t understand some soccer lingo). To my surprise, the boys were much more advanced than what I’m used to back in the states. They told me about how often they practiced on their own (a coach’s dream) and how improving their foot skills in soccer is mutually beneficial for the other sports as some of them play Gaelic football and rugby.

This practice reminded me why I love working with kids so much, and why I am here in Ireland as a whole. Hearing a child’s laughter while they play soccer, seeing a child’s face of determination while they chase a ball, and watching a child excitedly show you an accomplishment in their sport are a few of the fulfilling things a coach is able to experience. Excited for next Wednesday! #Road to #Victory