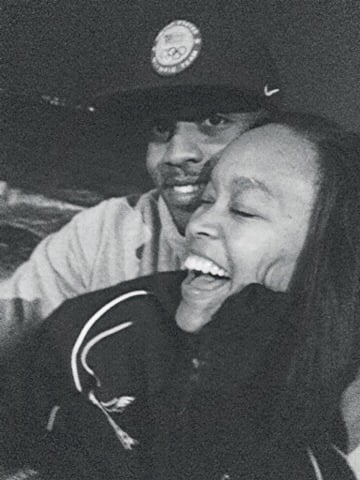 They say a picture can be worth a thousand words, or just the simple fact of looking at a picture can makes you want to be in that particular place. I say that because that’s what I have been doing since arriving to Ireland in August. I have been sending pictures back home and the person on the other end of the phone would say “WOW it looks like you are having a great time”, or “I can’t wait to visit!” The anticipating was on… And within two months of being here I had my first visitor… My BOYFRIEND… Yes my boyfriend, my best friend, my clyde, My… Well you get the point lol. I have been anticipating his arrival since September when he was suppose to come, but something came up. This time around he made it here and that’s what counts. When he arrived, I think that I was just as excited as he was, not just the simple fact of him being here, but because to me I wasn’t the new kid on the block anymore and I knew my way around, well for the most part. I felt like a pro in showing him different areas that I had sent him pictures of and he finally got the chance to see them in real life. From visiting Ulster University in Jordanstown where I study, to taking a walk down by the water, to sitting in on one of the Jr. Elks basketball practices, to even catching my season opener game against the Meteors which we ended up winning by 3 points. We got a chance to walk around Belfast after my home opener and on our way to grab a bite to eat we caught a cab where we ended up having an interesting cab driver. He told us how much he loves Americans and how he likes the different types of people in the states. He had us laughing the entire ride, especially telling us about the guy he recently met from Alabama (he tried to say it with a southern accent lol). We enjoyed his service so much and he made the the experience that much better. While my boyfriend was here we tried several restaurants. We went to The Kitchen in Lisburn where I knew the owner from back home. The food there was as close to home as I could get for now lol. With the strawberry sweet tea and wings, man it was good. We tried the sea bass at the local pub in Jordanstown which was absolutely great, but one place that he fell in love with was boojum!! It’s like the American Chipotle, but MAN they give you so much more in your burrito. He enjoyed it so much we ended up eating there like 3 times, which was basically everyday he was here lol. We also went to a restaurant called Stann and Ollie’s where we had milkshakes and steak. Those are the type of things that make me miss being home because it reminds me of a Chick fil a milkshake or a Texas Road House steak (my mouth is just watering right now lol). On the other hand this restaurant was a deal breaker because the meal included a movie ticket so we went to see Runner Runner which starred Justin Timberlake and Ben Affleck. The movie was great! But all in all, it was really nice of him to come visit me, and now we can look back on the pictures and have more memories as we continue our relationship. I wonder what words will come to his mind after seeing the picture below, but if I had to take a guess I would say #happydays!! I love you Richard! Now the anticipation continues as I wait for my family to come!!! But until then on to Mission 10: Socks… Just Dye It!