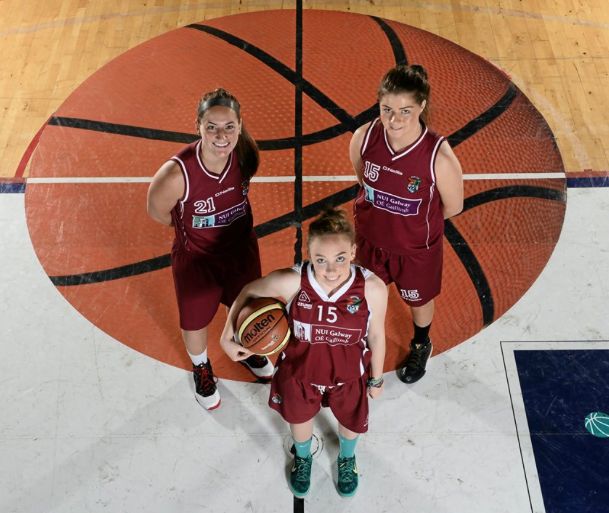 One of the most exciting times of the year is here and that is the start of basketball season.  Colleges across America began their official practices only a week or two ago while ‘across the pond’ Irish national and premiere teams began their seasons last weekend.

I’m so excited and eager to finally begin my season with the Mystics this coming weekend. The begining of the year is the perfect time to see the results from the work you put in during the off season and see what else you need to improve on.  I feel like there has been a very big build up for this season with the many photoshoots and promo’s done with my NUIG team and national team within the past few weeks.  I’m ready to finallly put a jersey on and get to work.

Originally my first game of the season was supposed to be last weekend but due to some scheduling conflicts we had to postpone the game for a later date.  After hearing how the other victory scholars performed last weekend and being able to watch season openers for Chris’s Titan’s team I am very eager begin my season.

Attending Chris’ first home game for the Titans was so exciting as they took on their rival team Maree.  The atmosphere in the gym  during the game was reminiscent of a Philly Big 5 game.  Another aspect of the game that was a nice surprise was the fact that I knew so many people in attendance both on and off the court.  All of the kids I coach at the Basketball Academy and thier parents were there, some of my teammates, classmates, my players from the club team I coach, and team managers were all in attendance. I even knew the people keeping the books and operating the scoreboard, and also ironically I was over at my friend’s house a week ago and her brother plays for the rival Maree.  Needless to say people were correct when they said Galway is a very small city where everyone knows everyone.  An exciting game, great people, and good atmosphere was all I needed to get myself even more hyped for this upcoming season. I’ll be sure to update you all after this weekend with the results. Leggoooo!