Two Games Down in the Books 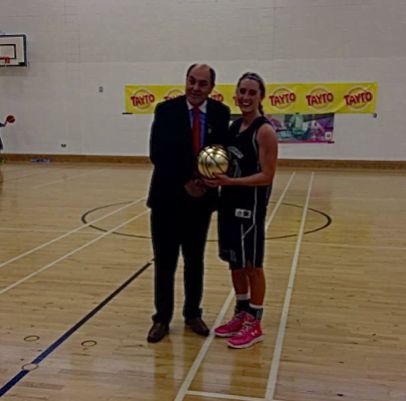 We just finished our first weekend of games here in Belfast! On Saturday, we had a great win in our first game of the season.  Our team fought hard and pulled it out against a tough Killester team.  On Sunday, we played a very experienced DCU team.  We were down by double digits in the first half, and struggled against their physicality and transition game.  When we stepped on the court in the second half, we really came together and fought back to tie the game.  Although we ultimately ended up losing a close game, I was really proud of how hard our team fought until the end, and our perseverance throughout the game.

I have to say, I didn’t really know what to expect going into these games.  The games are extremely physical, and the game overall is a big adjustment to what I am used to.  I am really happy to be out on the court again.  Some things I learned about Irish basketball this weekend:

You are not allowed to call a timeout as a player on the court unless it’s a dead ball (Made this mistake many times this weekend!)

You are allowed to fall on the ground with control of the ball and it not be called a walk (I complained many times about this, but I was told it was allowed!)

I’m really proud of how hard my team fought against two tough and experienced teams.  We know we have a lot to work on, but I’m really looking forward to getting better as a group.  Looking forward to our next game this weekend against our fellow scholar Katie!  Also, congrats to the guys on their big tournament win, and to Jared as the Tournament MVP!