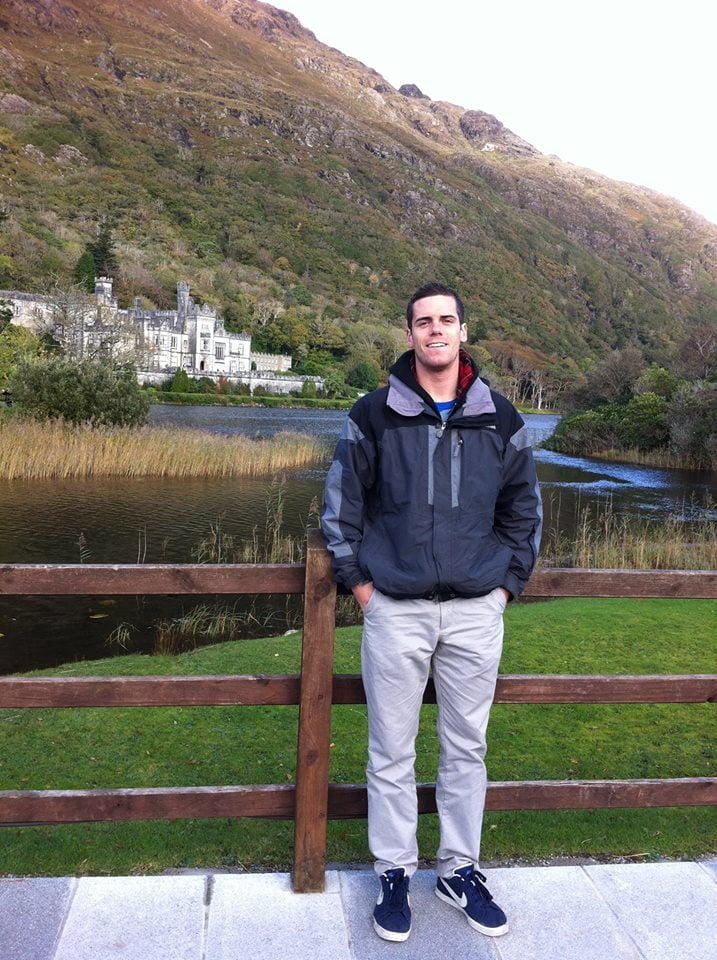 Sorry for depriving you all of my brilliant blogs these past two weeks, I have been really busy with school, coaching, playing and sightseeing.

Last weekend we had a game in Dublin, which we won by 40 points (no big deal). The way in which our league works is similar to the Ivy League where there is no post-season tournament, but rather a regular season championship. This makes every game that much more important, therefore making every point count. Furthermore, there is also a national cup tournament that begins this weekend against none other than Maree. But don’t you worry folks; revenge will certainly be on my mind.

After the game on Saturday I stayed with

fellow scholars Shelby and Katie at the beautiful Trinity College. The next day the other scholars came down and we did a tour of the Guinness factory. We learned so much about the history, how it should taste and most importantly how to pour the perfect pint.

Monday was a bank holiday in Ireland and we woke up in the hostel to people cheering outside our window. I thought maybe word had gotten out that the victory scholars were in town, but it just turned out to be the Dublin Marathon. We spent the day sightseeing, listening to live Irish music and eating oysters from a shell the size of a cell phone from 1996.

We headed back to Galway on Tuesday where Michelle and I went sightseeing in the picturesque landscape of Connemara. It was miles of green and brown colored mountains, reflective lakes and sheep blocking the road. We also stopped at Kylemore Abbey Castle, which was built by a rich guy from Britain who created a magnificent getaway home for his wife. Thanks for setting the bar high for all the other guys out there!

Quick little shout out: So for those who don’t know me, my sister married a guy named Cormac Walsh from Galway. About 10 years ago he was working in New York on a two-year contract with Barclays, when he met my sister, fell in love, yada yada yada. They now they live in New York with my two beautiful nieces. His family however is still based in Galway in a small town called Tuam. Therefore, I thought I would pop in and visit them whilst I was there. They were tremendous hosts and made me feel right at home. Last night I went out to Tuam for a full Irish fare and it felt so good to have a delicious home cooked meal, plus she baked me about 30 scones and muffins to fatten me up! I have started to become more domesticated and make my own meals but nothing compares to a mothers cooking. I always joke with my mom that I am going to find a nice Irish Lass, fall in love and never come home like Cormac did. It drives her crazy. Well I guess only time will tell. Just kidding! Well, sort of.