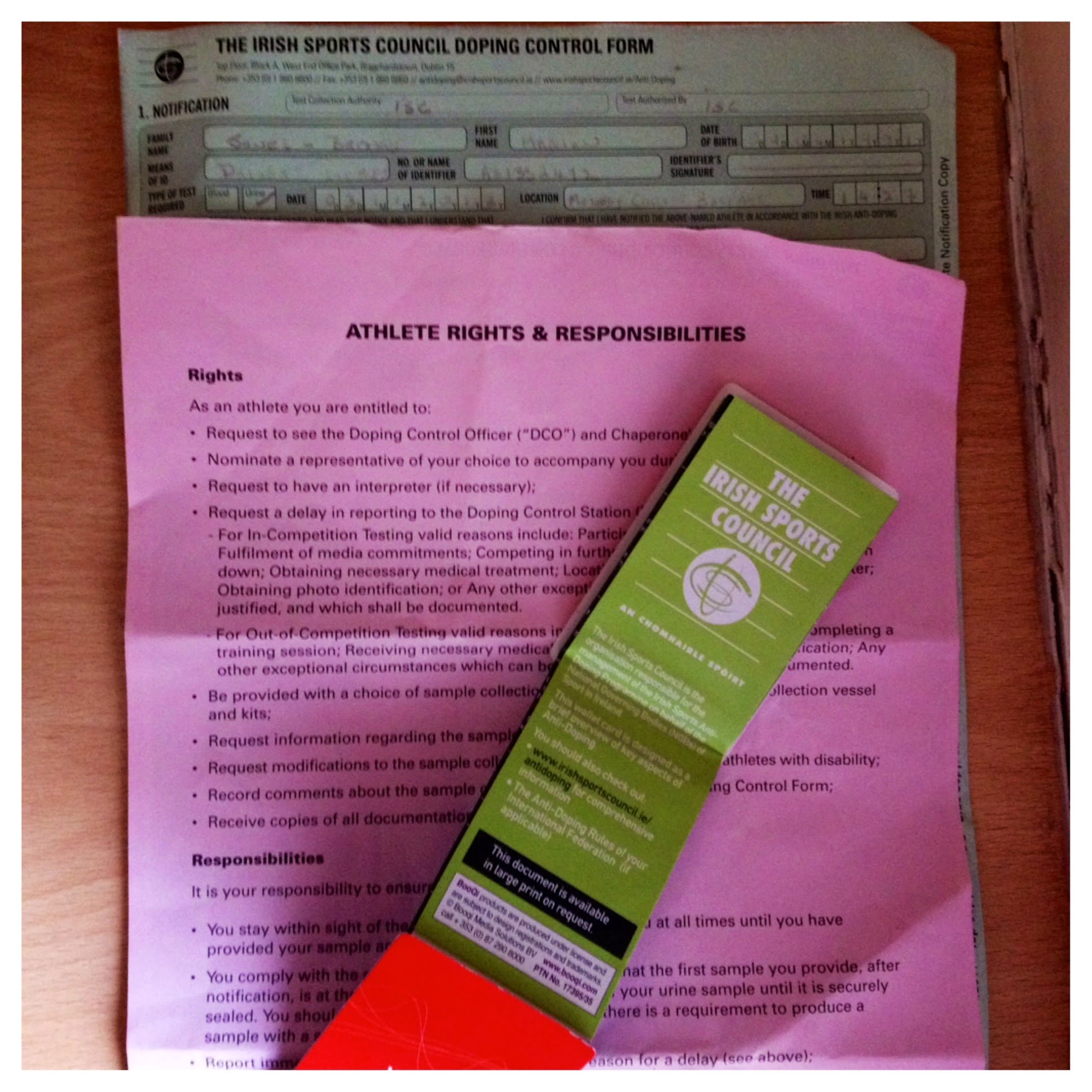 After the game against the Ulster Rockets I was looking forward to chatting it up with the Maguire family and Brittney because I hadn’t seen them in ages. I was also looking forward to a nice hot shower because the gym was freezing. I thought it might warm up or at least I might warm up throughout the game, but neither happened. I started to catch a cold running up and down the floor and I was literally shivering when I was on the bench, so you can see how important a warm shower would have been.

Unfortunately my time with the Brittney and the Maguire’s was cut drastically and I never made it to the showers because I was randomly chosen for a drug test administered by the Irish Sports Council. We knew just moments before the game that it would happen and that James would randomly draw names from a paper. We were in warm ups, doing our sacred heart shooting drill when I turned to my teammate Aoife and said, “I was never selected at Norfolk State for a drug test, “ and she said “Well you might be today and it will be a long process if you are.” So I pretty much jinxed myself and after the game when the names were announced Aoife exclaimed, “This is what she wanted,” in a joking manner.

I have to admit part of me did want to at least experience it. The downsides were limited bathrooms and one Doping Control Officer on site to handle the test. Aoife was right because it did take forever and once I was finished my team was gone, Brittney and the Maguire’s were headed out, and the hot water was already turned off. The journey back was long, but we won so I felt good about that and I know I’ll pass the drug test with flying colors.  Also, Kerri played a great game and I hope Brittney gets better soon! Lesson of the weekend…expect the unexpected because you never know who’s watching, what may happen, or when your name will be called.

Special thanks to Officer Geraldine for helping to make my test as smooth as possible, and Gareth for dropping by at halftime to say hi 🙂