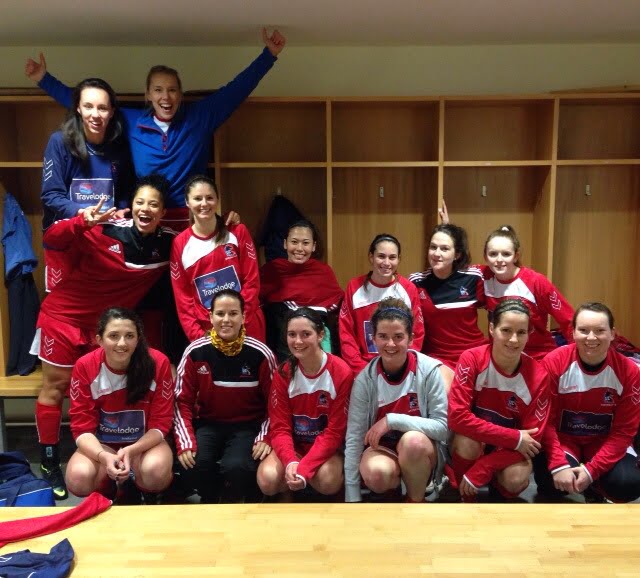 It’s about time I give my readers an update on my UL Women’ Soccer team! We are off to a great start and are undefeated with some huge results so far. After coming off a win with our first game, our next match was against the reigning champs of inter-varsities. It was an early test for our team, who was still working on chemistry having only 5 veterans on the squad. But after a hard fought game, we came out with a draw.

Our last game this week was another big test for our team, playing against an undefeated Carlow team (at the time). After a long bus ride to the game, we managed to pull up to the field about 20 minutes before the game was supposed to start. After quickly changing in the locker room and getting a couple passes in before the game, we were off. Carlow scored the first goal, and we scored a returning goal just before the half. Still at a tie about halfway through the second, I was told to switch with my teammate Elisabeth (shout-out to my girl Norway) to a midfield position. Now, I haven’t played midfield since, well, EVER so I could only imagine the look I gave her as we switched positions. But hey, new situations call for new circumstances; plus about two minutes later, I  scored! And we finished the game with a 2-1 win, a great result for our team.

I don’t think I can reiterate enough how much fun I am having with my team and how good it feels to be able to play again. I remember waking up the next morning after our game with that familiar soreness and oddly enough, loving it. Now to only keep this ball rolling and keep the victories coming! Until next time, readers!