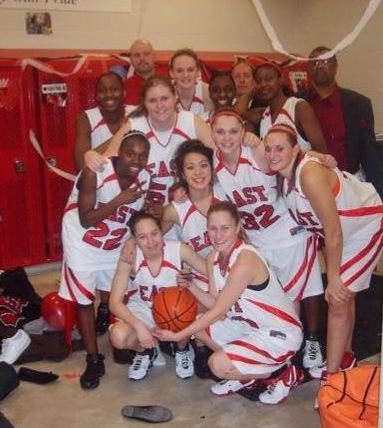 Happy New Year! What a year 2013 has been! I graduated college, became a Victory Scholar, and became an aunt, just to name a few things. I met some truly amazing people and made lifelong memories. All in all, it was a pretty great year, but I don’t think it will compare to what is ahead.

I am not big on New Year’s resolutions, although I have attempted one or two. The only successful one I can remember was when I went an entire year without candy (chocolate, not included). It was tough, but I remember feeling quite accomplished by the end of it. This year I wanted to make some sort of resolution but was unsure where to start.

I stumbled across a great article by Christine Kane. Rather than create a resolution, she recommends you choose a word of the year to set the tone. I brainstormed a bit and decided that my word of the year is CONNECT. This year I want to focus on connecting with as many people, places, and things as possible. Whether it be reaching out to an old friend and catching up or building a stronger relationship with the kids we work with in the program, I want to connect with people on a deeper level. It may not always be easy, but I know it will lead me on an adventurous and exciting year.

What would your word for the year be?