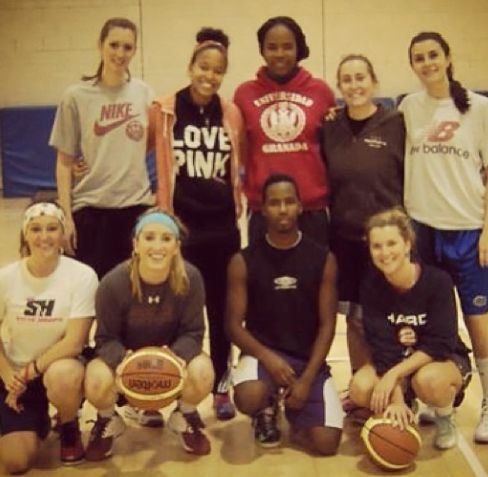 Just finished up a great few days here in Belfast.  This weekend, my team had two big home games.  We played against a very tough Brunell team on Saturday.  This was a team that beat us pretty heavily in Cork a couple weeks back, but it was our turn to take them on at home. After going back and forth most of the game, it really came down to the wire.  With five seconds left, my fellow scholar Britt came up big by hitting a free throw to finish off the game with a three point win.  Thank goodness for all of our free throw shooting in practice!

On Sunday, we played in another home game against our fellow scholar Shelby, who had a great game.  This was another very close game.  After being down by twelve points at halftime, we really fought hard to come back and gain our second win of 2014!  I am extremely proud of my team. We have had to battle through a lot this season, and I know it hasn’t been easy for anyone.  This weekend, we really gave it all we had and came out victorious. It always feels good when your hard work pays off. Even better, some of us celebrated by watching some American football! It’s not often that I’m able to see American sports games live on TV, so this was a perfect way to end the weekend with some great friends!

Last night we finished up our sixth week with the EHoops group. As always, it was very entertaining. I was able to have some great conversations with some of the kids about where they are from and all the places they want to visit in America. As the weeks go on, I think they are really starting to feel more comfortable around us which is awesome. Bryan and I ended the night by introducing basketball. It was the first time some of the kids have ever shot a ball in a basketball hoop, so it made for some good entertainment when they were all trying to dunk on their first attempts! After our session with the West Belfast group, Bryan, Britt and I joined the end of the Rathcoole EHoops session. I was recruited to play for one of the soccer (football) teams. As girls, most of the boys don’t think it’s possible for us to be the least bit athletic. Well, Britt and I proved them wrong when we both scored the only points in our game!  Overall, it was a great night with some great people, and I’m already looking forward to next week’s session!

I hope everyone at home is staying warm and healthy in this polar vortex!  Always thinking of you guys!