The Angel Has Been Found! 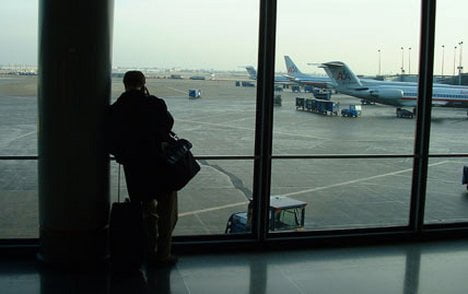 After the whirlwind of the holidays, traveling back to Ireland, and adjusting to my new schedule, I was able to conduct my search!  For those of you who don’t know what I’m talking about I would like to refer you back to my blog from December titled “Airport Angel.” An unreal story about a man who’s name we now know is Conor Halpin.

I was able to use the business networking site called LinkedIn to narrow down my search and find Conor with only knowing his last name and country he may reside in. If it wasn’t for a small thumbnail picture on his profile that I recognized, I would have never found him after searching through numerous pages of results.

Once found, I learned he holds a respectable position for a software company in Dublin. I immediately sent him a detailed message first thanking him again for his amazing act of kindness. I then explained my victory scholarship and why I am in Ireland.  Afterwards I shared my blog with him and told him that this story proved to be an inspiration and great christmas miracle for everyone.

To no surprise his response back described the type of man that he is; humble, kind, and simple. His message read:

Lovely to hear from you and delighted you were able to get home ok. I was happy to be able to help! Your blog is great, very sweet. You write very well! Ah! 15 second of fame : )

Hope you’re having a great time in Ireland and enjoying Galway!

I’ve copied and pasted this response so that Conor can exceed his ‘15 seconds’ of fame because he truly deserves it. Such a sweet and kind hearted man that I will never forget. Conor you’ve certainty restored many people’s faith in humanity. One day I am absolutely going to return the favor to someone else in need.