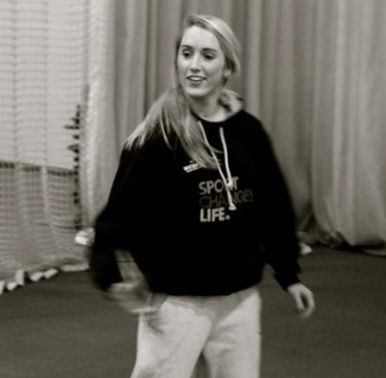 This has been a busy week here in Belfast! With class, course work, volunteering and basketball all in full force, we are well into the second half of our journey. I am currently in my Entrepreneurship module for my masters program. Today in class, we spoke at great lengths about leaders, and people who we believe to be entrepreneurs. As a Management and Leadership major in college, this is a topic that really fascinates me. What characteristics do great leaders possess? Are leaders born or made? Is any person able to become a leader? These were all talked about in great lengths in our class today, as we spoke about how entrepreneurs are essentially leaders, who have had the courage to challenge the status quo. At one point, my professor put a picture of President Obama on screen, and asked what makes him a great entrepreneur. As the only American in the program, I thought I may be the only one to have a real opinion of him. I was wrong, as numerous people gave their positive opinion on a man who has inspired many. We spoke about how as an African American raised by a single mother, by even running for President he was challenging the status quo. He was nowhere near the “norm” for what we would have viewed an American president as in the past. He has changed those views for all.  He is a symbol of hope for all people, all because he had the courage to pursue a dream that no one thought was possible.

Ironically, this was very similar to our discussion in eHoops last night. We were divided into groups, and in these groups we had to discuss people we believe to be champions. In our definition, we said that champions were people who have overcome loss/adversity, and continued life in a positive light, by positively influencing people on the field, in business, in the community, at home, etc.  It was really fascinating to hear the guys opinions on this, as they spoke about famous athletes they look up to, who are not only successful on the field, but also are active off the field in the community, using their power for the good. They all spoke of a community priest from their community who had positively touched the area in many different ways. Most importantly, they agreed that they were all champions, for they have all had some loss/hardship in their lives, yet they still have the courage to come to these sessions so they can stay on the right track.

I think this is the most powerful lesson we try to instill in these kids; that anything with hard work and determination, we all have the power to do something great, something we may not have thought possible. We must have the strength and the determination to make change. What I learned from last night’s session, as well as today’s class, is that we all have the power to be champions. We all have the power to touch people’s lives in a positive way, to make a difference, to have faith that no matter what the obstacle, we have the strength to overcome it. We are all capable of being champions, leaders and as my professor says, entrepreneurs. We just need to have the heart and strength of mind to do so, and know there is something positive to take from every loss, hardship and obstacle.  Most importantly, we need to have the courage to be different, to challenge the status quo and dream big.