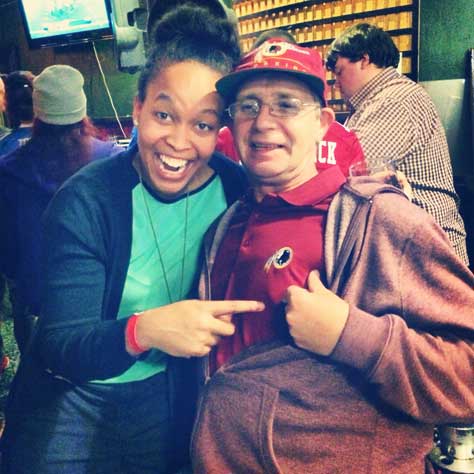 The Super Bowl is the popular name for the championship game of the National Football League (NFL) which is better known as American football. It’s annually the most-watched single-day sporting event in the world, and with that being said, myself and the rest of the scholars in Belfast went to The “Belfast Trojans Superbowl XLVIII” Party at Madison’s Hotel. It was good craic!!!! (Craic simply means fun in Ireland, don’t worry Mom 🙂

“Talent alone won’t make you a success. Neither will being in the right place at the right time, unless you are ready. The most important question is: ‘Are you ready?’”

After reading this quote by Johnny Carson, I began to reflect on last night’s Superbowl game. In the first play of the game there was clear miscommunication between Denver quarterback Peyton Manning and center Manny Ramirez. This caused a high sap into the end zone. However, Broncos running back Knowshon Moreno was able to fall on the ball in the end zone to prevent a Seattle touchdown. The miscue staked Seattle to a 2-0 Super Bowl lead. This was just the beginning of a night full of errors on the Bronco’s behalf and victories for the Seahawks. So I ask the most important question, Where the Broncos ready? No they weren’t. They didn’t score until after half time and the final score of the Super Bowl was Settle-43 Broncos-8. I always try to relate sport to life, and from this lesson, just simply “Be ready!” for whatever comes your way in life. #iamready #victory #sportchangeslife #ready