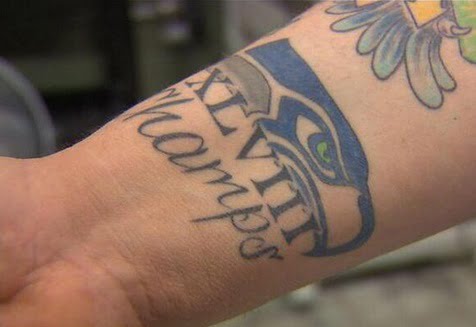 A couple weeks ago I was nervous that I was going to have to watch the Super Bowl on my lap top! Then one of our teammates told us that there was a big gathering at a local pub in Belfast where everyone went to enjoy the game. This turned my mood around instantly. Every year I watch the Super Bowl at my house or one of my friends houses with a bunch of my friends and its always a good time. I was excited to get the chance to watch it on a big screen with my fellow scholars in Belfast this year. Not only that, but I was curious to see how the environment would be around here since “American Football” isn’t that popular.

Before the Super Bowl even started I was talking to my dad and he thought the Seahawks were going to win because of there defense, a typical response from a coach (Defense wins championships). I, on the otherhand, was going with the Broncos because of there record setting and electrifying offense. There offense was far from electric that night, scoring a dismal 8 points against the tough Seattle D.

Even though I was wrong with who I wanted and thought was going to win, the atmosphere of the pub made it one to remember. The upstairs and downstairs were both packed with people having a good time and screaming between every snap of the ball. They also had burgers being made during the game and a raffle going on so anyone could win prizes. We got to see a bunch of people from our Masters program at school as well so it was nice to hang out with them outside of the classroom. The entire environment was unreal and I’m glad I got to experience it with the other scholars!

Fun Fact: Seattle Seahawks fan got a tattoo of them winning the Super Bowl BEFORE the season even started! That’s confidence!