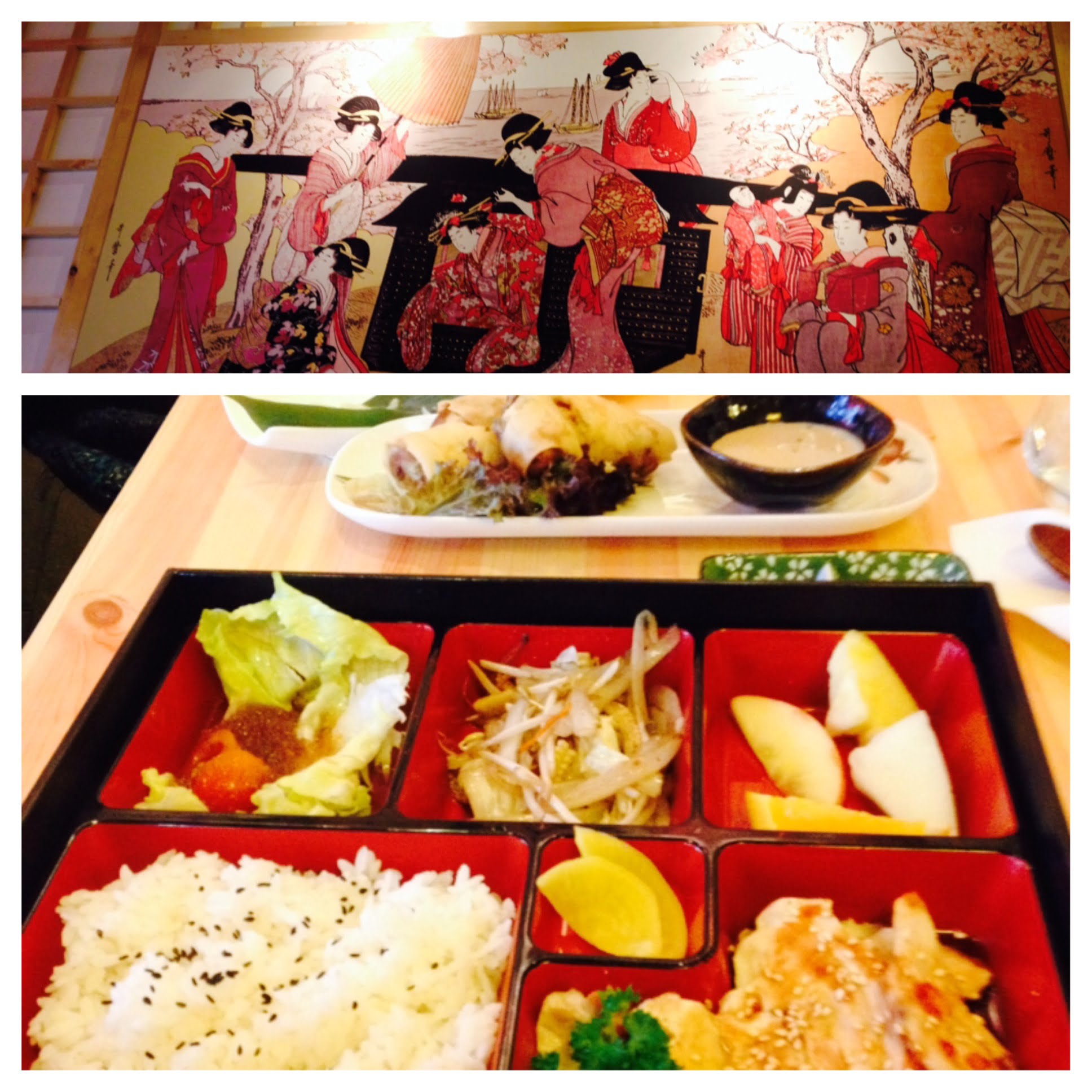 My friends told me about this new Japanese restaurant called Taikichi, so I figured I would try it the next time I went to town. I didn’t think I would be going so soon, but the storm with 100mph winds and tons of rain left our apartment village on the fritz with power outages. I decided to take a break from it all and ran some errands. I went to the post office and sent back my souvenirs from Africa. I also got my hair done, but as I left I strolled pass Taikichi to see what the place had to offer.

The prices were so affordable and they had a range of choices from delicious sushi to simple fried rice. I asked for a table and began battling with what to choose. Eventually I gave in and asked the waitress what her favorite dish was, and what was popular. She suggested I get the chicken teriyaki bento box, and I added the grilled salmon sushi and the not-so-spring rolls. I know Diana is a big fan of sushi so I wanted to try it out; and I love to eat and try new foods so this place was perfect. The chicken teriyaki bento box came with chicken teriyaki of course, steamed rice, fruit, miso soup and a salad. The not-so-spring roll was a vegetarian and chicken roll with a side of peanut sauce. I kind of cheated with the sushi because I asked them to grill the salmon so it was well done, but it was so amazingly good.

The service was fast, the portions were large, and my only struggle was eating with chopsticks, but I refused to ask for regular silverware. It was a challenge and occasionally I caught a hand cramp, but it was totally worth the experience. I can say I made it through an entire meal successfully. I give this place a #victory two thumbs up rating. I will definitely go back again with Diana and any time we are craving some top-notch Japanese cuisine, then we will know where to go…Taikichi…the best place in Limerick.